If you were to only pay attention to the leaks coming out of Apple and its suppliers right now you’d think that the iPhone 5S and iPhone 5C were the only two phones that we are waiting on announcements for, but you’d be wrong. Samsung is also on the verge of bringing a new smartphone to market, and it’s a big one.

Of course, when we say that we don’t just mean that it’s a big release. The Galaxy Note 3 is quite literally a big phone, dwarfing everything that anyone would reasonably want to call a phone. It seems that Samsung’s oversized devices are hugely popular though, and following on from successful Note and Note II releases, the third generation is almost destined to be just as warmly received.

As is now becoming custom for so many of Samsung’s big releases though, we’ve had a new leak that pertains to the latest phone to come out of one of the world’s largest consumer electronics makers. The leak, provided by the prolific @evleaks Twitter account, offers up the first sight of a wallpaper that will ship as standard on the Galaxy Note 3.

Weighing in at a huge 7MB, the download file sits at a resolution of 1920×1920, which points to a Note 3 screen resolution of 1080×1920, something that will no doubt come as no surprise to people that have been following the Note 3 rumors for any length of time. 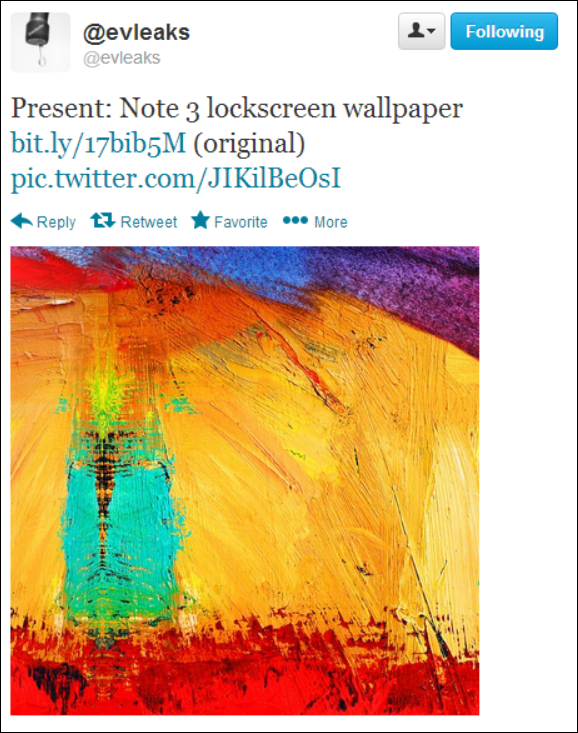 The file is available to download now thanks to the folks behind @evleaks, so grab it whilst it’s hot if you’re the kinds of person that likes brightly colored, high resolution wallpaper art for their smartphone. We’re not sure it’s our particular brand of gaudy, but we’re sure someone somewhere will like it.

We expect to hear more about Samsung’s Galaxy Note 3 at the upcoming Samsung Unpacked 2013 event at IFA, so we’ll keep our ears to the ground for something a little more technical than a wallpaper. 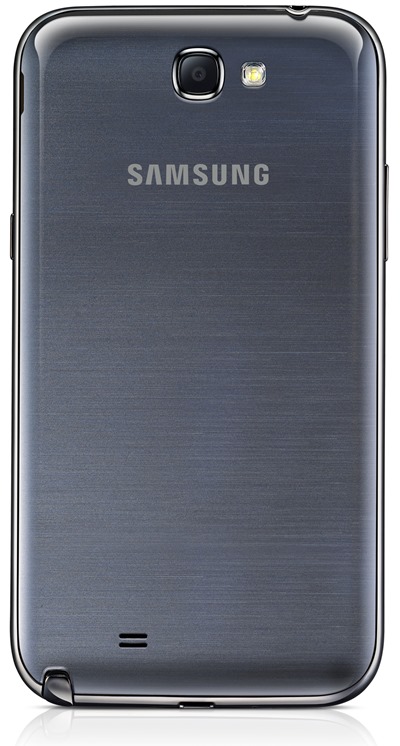 We’ll let you know when we hear something!