September is shaping up to be an increasingly exciting time for the mobile technology industry. Apple is widely expected to announce at least two new iPhones along with iOS 7 next month, but there is also a huge amount of excitement surrounding the September 4th Samsung Unpacked 2013 event, that promises to bring a number of announcements. One of those products that will make an appearance is the third-generation Galaxy Note and today’s fresh new report suggests that video and music lovers will be in for a treat when this one hits the market.

The latest Galaxy Note 3 rumor steps away from the internal specs of the device and focuses more on the potential video and audio based abilities of Samsung’s latest phablet. The Note itself has always been thought of a highly powerful piece of kit that is perfect for those individuals who love nothing more than consuming visual media. The large, high-definition display has always made video playback and flicking through image galleries an absolute pleasure. If true, the Note 3 could enhance that experience by offering 4K resolution video capture that will truly push the device to a new, albeit seemingly unnecessary level.

The bump in video recording abilities would mean that the third-generation Note would be capable of capturing video at 3840×2160 resolution, equivalent to more than 8 million pixels. The speculative suggestions don’t stop there either. Audio enthusiasts are also set to made extremely happy with the introduction of 24-bit/192KHz music playback. It’s highly unlikely that any user would ever complain about an upgrade in audio performance, but the addition of 4K video recording could potentially raise a few eyebrows amongst those who feel it’s entirely unnecessary at this stage.

The emergence of Ultra HD 4K TV sets will likely mean that a number of device manufacturers will start adding this capability into their handsets in the future. However, at the moment, the storage capacity on the device and the low display resolution in comparison suggests Samsung could be going for a buzzword selling point rather than an actual integral feature. Still, if it turns out to be accurate then it certainly paves the way for inclusion in future devices. 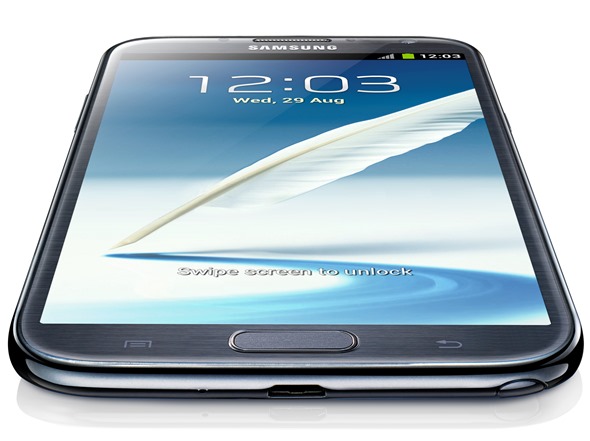 Until we witness the unveiling of the device at the Unpacked event next week, we will keep an open mind about what Samsung have in store for us with the Note 3.