Apple TV may be somewhat limited to the taste of many set-top box owners, but while those typically-Apple restrictions may prevent it from appealing to those with hacking on the brain, the fruit company has continued to evolve the small device from the hobby it once was. There’s still no sign of a fully-fledged, connected TV effort just yet in spite of the conjecture from many an analyst, but today, Apple TV has been updated with support for a wide range of content services.

Reports and rumors had suggested that VEVO would be making its way to Apple TV, and so it has proved. The music video and concert service, which is part-owned by Sony Music Entertainment, has struck a deal with Apple that will bring an all-new, on-demand music service that will not only run 24/7 from Apple TV, but also Samsung television sets. 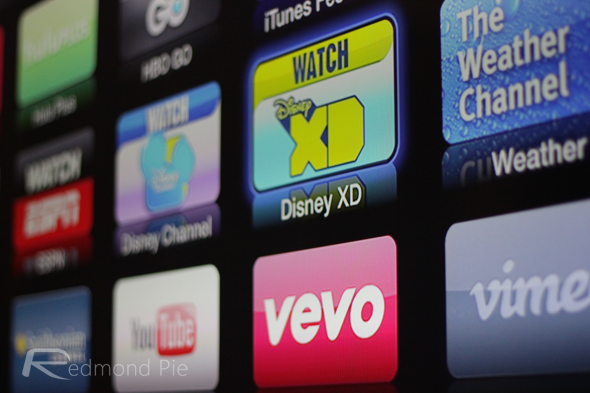 Although many of you will be familiar with VEVO through YouTube, the company is looking to decrease it’s reliance on Google’s viral video service and instead draw consumers in by its own mediums. The VEVO videos from some of the world’s most famous artists generate billions of hits every year, but while the brand is now well-established and widely-recognized, those looking for VEVO content will still likely trawl YouTube. 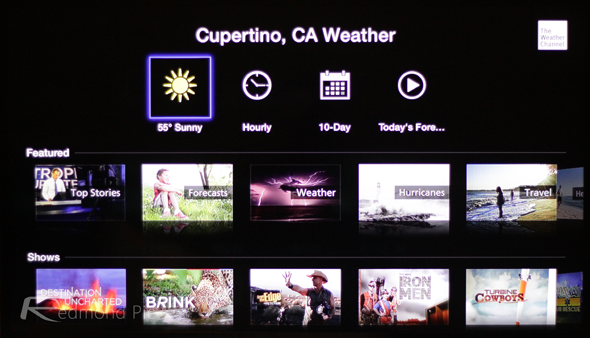 Lessening its dependence on YouTube will also help the company yield higher margins from ads generated by its videos. With Google apparently able to take as much as a 50 per cent cut of ad revenue, VEVO’s big push towards a more independent model seems more than a worthwhile endeavor, and although Apple TV is not as popular as some of the Cupertino’s other products, an app for the little black box will still help consumers to recognize VEVO as a service by itself. 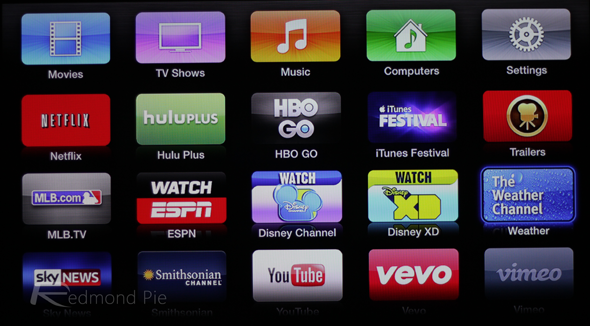 As well as the 75,000 videos offered by VEVO, The Weather Channel app is also making its debut, while the Smithsonian Channel will bring full-length episodes on-demand from the famed TV channel. For kids and big kids, the Disney Channel and Disney XD are also arriving to Apple TV, although will require authentication through certain TV providers, including the likes of Optimum, Comcast and AT&T.

With Apple TV 5.3 update being released a while back bringing HBO GO, WatchESPN, Sky News and more, it remains to be seen what could be the next big thing for the Apple TV. iOS apps, maybe?

Do leave your thoughts in the comments section below and tell us what you think about the new apps / channels.