Official Chromecast App For iOS Is Now Available To Download

The Google Chromecast dongle has been making some ripples recently in the portable technology world. The little $35 dongle allows users to stream high-definition content directly to a TV set through service providers such as Netflix and YouTube. The content may be fairly limited at the moment, but with the Mountain View company planning on adding additional providers, the future looks bright for Google’s little connected device. Having said that, controlling and interacting with the Chromecast got a tad bit easier with the official release of the Chromecast app for iPhone, iPad and iPod touch devices.

Google is pushing the Chromecast as being one of the easiest ways for enjoying online videos and Web based content directly on the big screen in your home. The release of the universal iOS app certainly indicates that the company is committed to developing the product and ensuring that it’s as easy as possible to use and maintain. The majority of people are familiar with interacting and using smartphone apps, and the Chromecast app does a fairly good job of abstracting away any would-be complicated setup and maintenance processes. 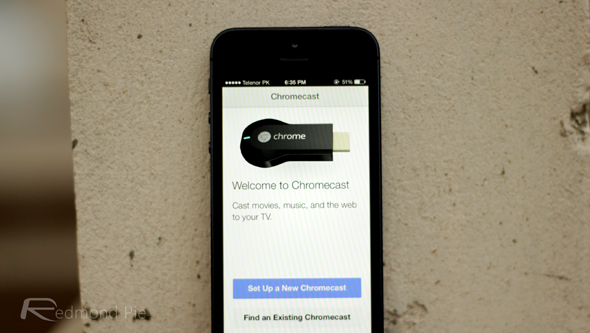 The look and feel of the app follows Google’s trend of pushing out very clean and minimal software. It is immediately recognizable when placed alongside the Gmail or Google Maps apps, with the iPhone and iPad variants following the same design considerations. Rather than being a fully functional media based app, the Chromecast app is more of a setup and settings tool that allows users to get up and running with multiple Chromecast installations throughout the home and ensure that everything is working correctly. In short, it’s a ditto copy of its Chromecast for Android counterpart. 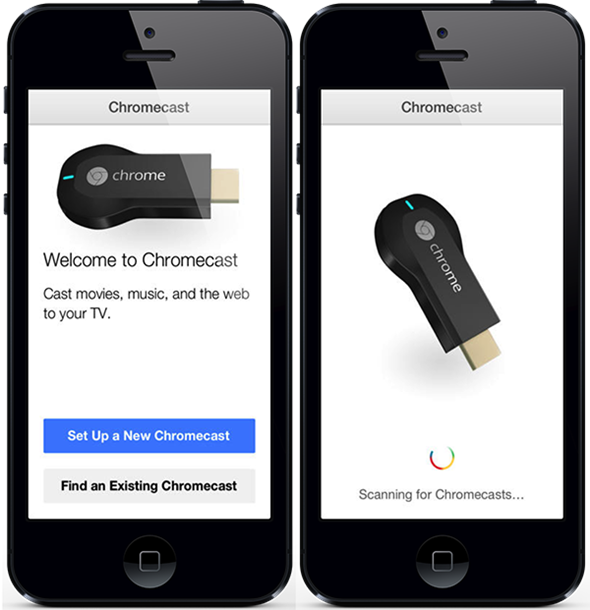 Users of the app can also interact with the currently running Chromecast dongles existing on the same network. A number of different device settings can be changed through the iOS app, which include amending the Chromecast dongle name as well as manipulating the currently connected Wi-Fi network. The actual dongle itself seemed like an extremely appealing option for those who love consuming visual media, but with the promise of additional content providers, and now the release of native apps, it’s starting to look like a must-have piece of kit.

(Source: Chromecast for iOS on the App Store)