Among the announcements at yesterday’s impromptu Google event headed by Chrome and Android lead Sundar Pichai, the company announced a new, low-cost streaming device aiming to take advantage of the shortcomings and limitations of similar products like the Apple TV. The Chromecast dongle, which plugs straight into the HDMI port of your HDTV, can stream content straight from your smartphone or tablet, and with the ability to let you watch videos while continuing to use your device, it looks a sure-fire winner. With a price tag of just $35, it’s a hard one to pass up, and today, Google has released the accompanying app for Android.

The problem with Apple TV, is that it’s restricted to Apple products, and strictly Apple products only, so if you decide to ditch your iPad or iPhone in favor of a Galaxy or a Nexus, your little black box becomes rather redundant. Yet while Chromecast isn’t an AirPlay clone per se, it does offer versatility in that it will cover both your Android and iOS devices, and although the iOS app doesn’t appear to be ready just yet, we’d expect a similar release in the next couple of days as the device begins shipping out.

$35 is an incredibly cheap price, and even more so when one considers that a three month subscription to the popular Netflix movie service is also thrown into the bargain. In essence, the device pays for itself in those first three months, and if you’re already a regular user of Netflix, the justification for picking up Chromecast would probably seem hard to ignore. 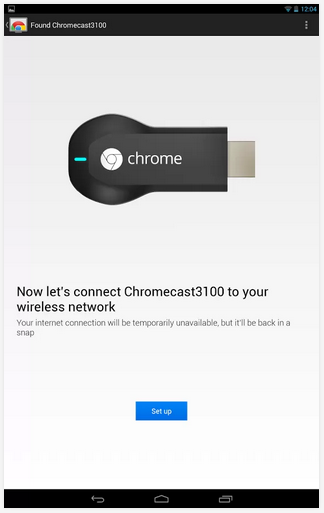 The Chromecast app will help you to configure your device once it has been shipped, providing a simple, intuitive interface that will help you get off the ground in a couple of minutes. 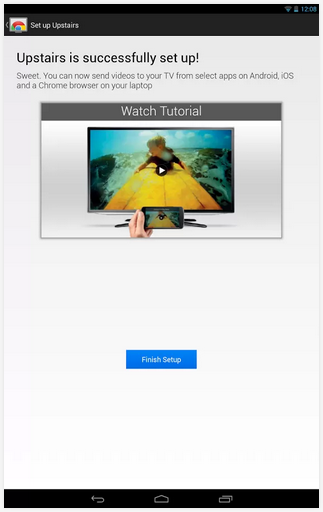 You will, of course, need to purchase a Chromecast dongle for the app to be of any use to you, but whether you have one on the way or are simply just a bit curious, you can grab the newly-released utility via the link provided below.

Do let us know in the comments section below what you think about the app!

(Download: Chromecast app for Android on the Play Store)