If the smartphone was the biggest growth market in technology over the last five years, then wearable technology is quite possibly going to be in the same boat from this point forward, especially if all the rumored devices do actually see the light of day.

The first of the so-called smartwatches to really get anyone’s attention beyond a few Kickstarter projects like Pebble is the Samsung’s unannounced Galaxy Gear. Expected to be announced next Wednesday, September 4th, at Samsung Unpacked 2013 event at IFA, the Galaxy Gear is Samsung’s preemptive strike at its current nemesis, Apple. The Cupertino outfit is widely tipped to be beavering away behind closed doors, aiming to make an iWatch a reality as soon as early next year. If someone wants to get into the market before then, they could potentially have things sewn up before that even happens. 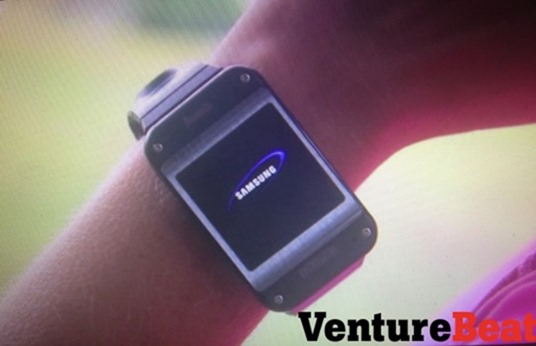 Which brings us back to Samsung’s Galaxy Gear. Even though it’s not yet announced, VentureBeat’s Christina Farr has apparently had some hands-on time with one of the company’s prototype devices thanks to an anonymous source. Photos are hard to come by, but there are images taken from what was apparently a promotional video for the device – and they show what seems to be an oversized watch-type device with the familiar Samsung logo. No great surprise there, then.

The Galaxy Gear has a 3-inch square screen that seems to be just big enough to be too big. It’s got WiFi built in, which means that it doesn’t need to be paired with a smartphone in order to function, which may come as a surprise to some. It’ll also potentially force the price of the shipping product a little too far North for some people, but we’ll have to wait and see on that. 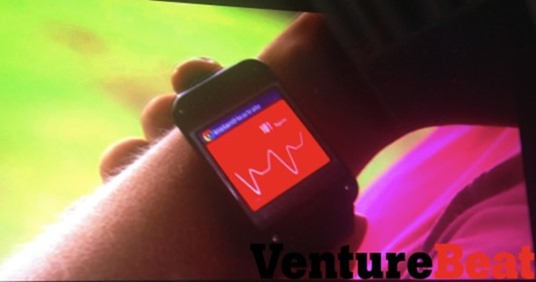 Camera-wise, there’s a 4-megapixel shooter built into the strap, so if you want to go around taking photos with your wrist then you should be good to go.

From the information provided by Farr, it certainly appears that Samsung is set to cater for the health market with its Galaxy Gear device. Health monitoring and tracking seem to be the order of the day, with the device able to monitor heart rates and movement in a similar way to existing wrist-worn devices. 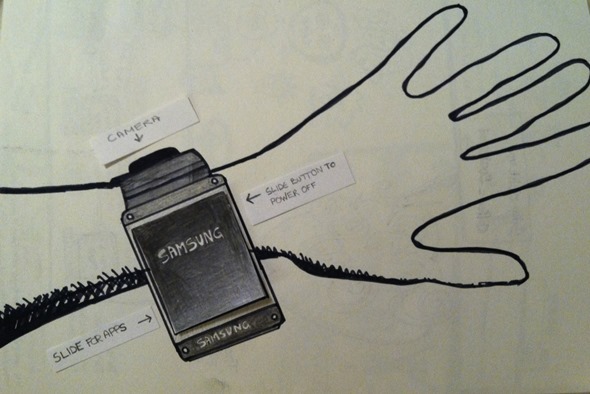 One potential worry is the claimed 10+ hours of battery life. It’s not clear whether that number is standby time or actually usage time, but if the thing needs charging 10 hours after it is taken off charge, then it’s arguably dead in the water. Hopefully that’s the kind of answer we’ll get in a few days.

If Samsung and Apple really are set to move their smartphone war to the wrist, we could see some real innovation over the coming years, and we do like a spot of innovation here at Redmond Pie.