Google Glass is still growing in popularity, partly helped by the fact that more and more people are being allowed to buy them. Even though the Google offering is still very much in the early stages of its lifecycle though, the competition is already beginning to pop up. The latest to throw their hat into the ring is a company called Atheer, with their own Glass competitor now up on Indiegogo, and it’s looking pretty impressive already.

The video that accompanies the project shows the vision for Atheer’s new glasses, and it seems to go a step beyond what even the boffins at Google are offering. If you’ve ever thought that looking at things through Glass was good but that interacting with them would be better, then you’ll want to give this thing a look. 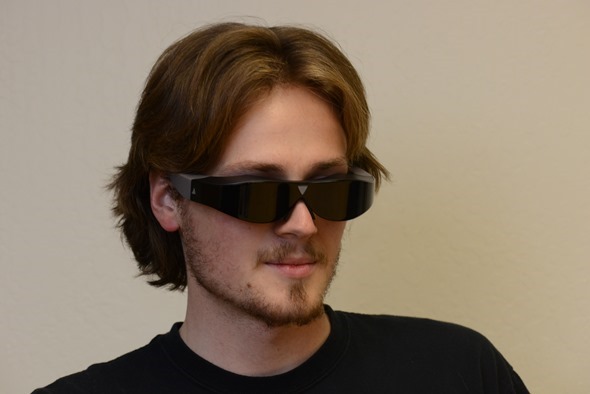 The gist is that, using a combination of Glass-like technology and 3D glasses, Atheer will actually allow people to interact with 3D objects that are projected via their glasses, or ‘air-touch’ as the developers are calling it.

Before you get too excited though, Atheer CEO Soulaiman Itani admits that it could be a good few years before we get to see the fruits of the company’s labor.

“Every functionality shown has been prototyped in a minimalistic way, but more with the core technology. Minimizing the hardware to be as small as in the video will probably take closer to eight years.”

There’s no doubt that wearable technology is going to be the next big thing in a similar way to how smartphones were the big technology driver of the last five years. Google is already ahead of the game, but with companies like Atheer offering a $350 pear of 3D-powered smart glasses that it expects to have ready by this time next year, competition is hopefully set to heat up in the coming months and years.

We’ll keep an eye on Atheer and report back with any interesting tidbits, but moving forward we’re now keen to see how things pan out across the technology industry. With companies like Sony and Samsung already jumping on the smartwatch bandwagon, will they also start to turn their attentions to smart glasses, too?