Google Glass is not just a significant product for the company behind it, but for several other manufacturers looking to get in on the smart glasses act. We’ve already taken a look at the Vuzix M100s, which were made available to pre-order just a couple of days back, and now, Lumus has taken the wraps off its own, very slick-looking effort. Check out its stylish frame and intriguing list of specs after the break!

Lumus is a well-respected maker of military-standard heads up display products, but having supplied for the likes of the U.S. Air Force, the company is trying its hand at consumer products. 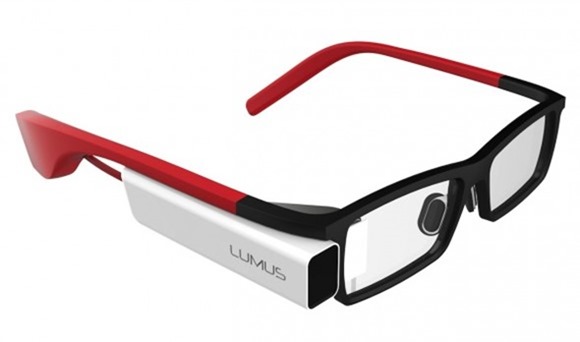 With Google having generated such a buzz about Glass but not releasing it until early next year, now would seem the best time for any company to announce and release smart glasses. Lumus is certainly not alone in its attempts to compete with the Big G, as the unveiling of the Vuzix M100s earlier this week proves, and with a growing number of companies vying for a piece of the pie, we could have an interesting battle on our hands.

Of course, all of these companies putting pressure on Google so early on in the day is great news  for the consumer. Competition drives up standards while also driving down prices, and with the Vuzix M100s undercutting the current price of the Glass Explorer Edition by a whopping $500, everything seems to be shaping up rather nicely for smart glass fans.

Lumus’ DK-40 does appear very much like Google Glass, but functions very differently indeed. Glass, as we’ve seen, has a tiny, unobtrusive display located outside your line of sight but still within your peripheral vision. The DK-40’s entire right lens is a 640 x 480 display, and although you can still see through it, this a very alternative take on the smart glass efforts we’ve been seeing so far.

In their current state, they’re nowhere near finished, but with a dev kit and SDK arriving at CES 2014, we’ll surely gain insight into what other treats Lumus has decided on with the DK-40.

Aesthetically, at least, they do very much look the part, and it will be interesting to see, once the development process has really gotten under way, whether a company so used to making military-grade product can really take on the mighty Google in consumer tech.