Tesla’s Cybertruck might still be something that never actually goes on sale if changes to the company’s website are any indication, but that would be a real shame given a new look we’ve just been given of the truck.

New leaked images and a video from the Cybertruck Owners’ Club — an oxymoron if there ever was one considering nobody owns one yet — show a look that does away with door handles completely. 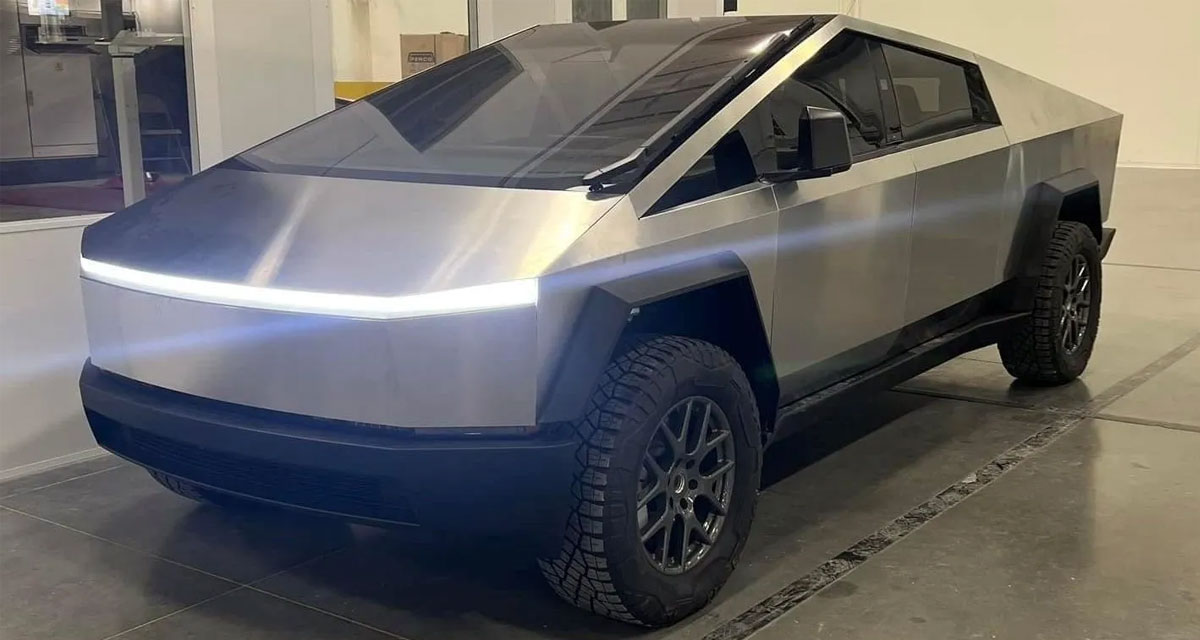 Another change that we can see from these images is that the truck appears to now have removable wheel covers, giving us a look at the rims that lie beneath.

Beyond the door handles and wheels, the rest of the Cybertruck looks just as you might expect it to, complete with an angular body and massive wiper.

Electrek has also noticed that the wheels themselves look similar to those of a Model 3, although that could prove to be nothing more than the re-using of parts at this point. 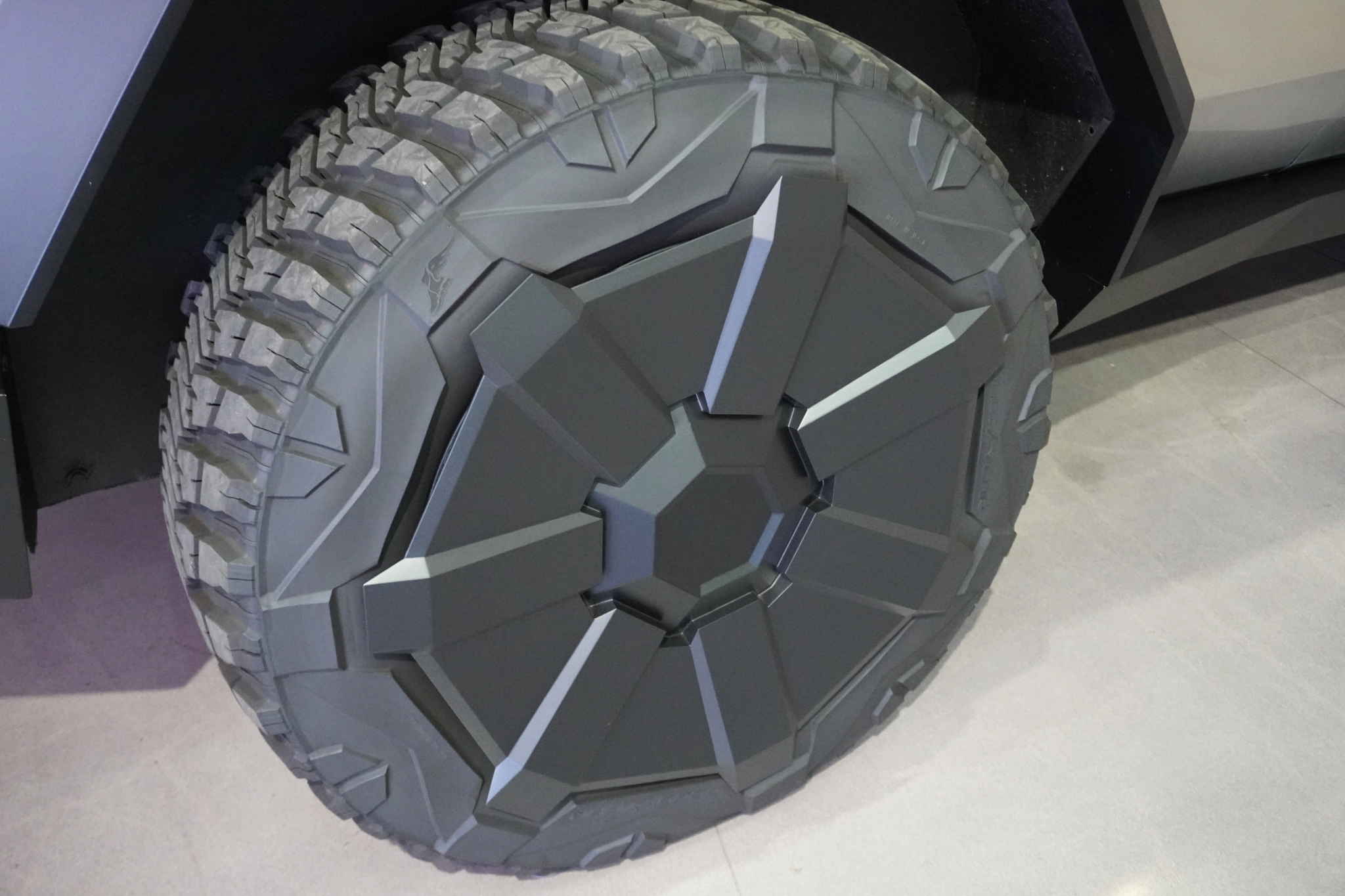 These new rims look similar in design to the Model 3 standard wheels with removed aero covers. Zooming in closer to the new photo, we see that the tires have the same design as the Cybertruck prototype with seven “spokes” corresponding to the seven ridges on the original prototype wheel covers. As such, we suspect that these rims were hiding underneath the wheel covers all along, and that the Cybertruck will have removable wheel covers like the Model 3 and Model Y base wheels.

All of this will surely only increase the intrigue surrounding a truck that continues to garner a lot of attention but ultimately nobody can buy right now. Here’s hoping that changes soon enough.