Tesla Adds A Swimming Pool To Its Supercharger Station In Germany

Tesla has opened a new swimming pool in Germany, with the idea being that people go for a swim while they wait for their EV to charge.

The new pool, which appeared at the Supercharger station in Hilden, Germany, isn’t the first time that the company has made waves with its attempt to make drivers more comfortable while charging their cars. 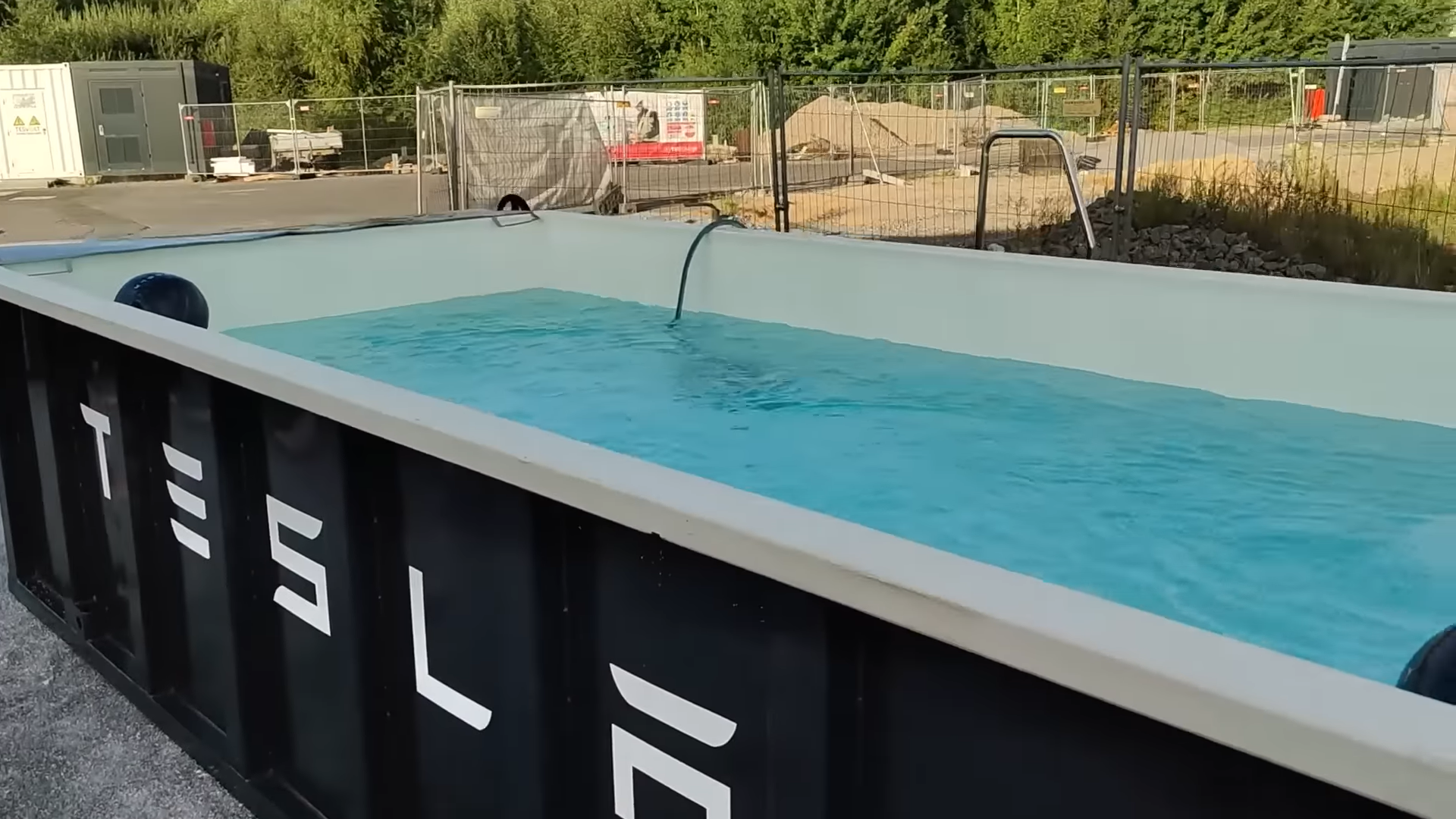 Electrek reports that new cube lounges have been added to one Supercharger station, with automated coffee and food served.

In this instance, a new pool has been opened that will allow up to four people at any one time. However, drivers are instructed to only stay in the pool for ten minutes. Notably, it’ll only be open at specific times of the week — Thursday through Sunday, from 2pm to 7pm. If you charge outside those hours, you’ll just have to make do with playing games on your big screen instead.

This particular charging station is one of the largest in the country, Electrek reports. It has 40 chargers, eight of which are 150kW Superchargers. The other 32 are 250kW Superchargers, with CCS connectivity and support for non-Tesla vehicles thrown in.

It remains to be seen if we will see similar pools pop up elsewhere, but we wouldn’t say never with Tesla.