If you feel like you have some finance burying a hole in your pocket, or it’s just been a while since you splashed out and bought yourself something new to bolster your technological arsenal, then we have a great list of reduced priced products for you to choose from today. Why pay full price for that brand new item when you can check out our curated list of tech deals and see if there is something that fits your taste?

Today we are looking at two fabulous laptops from Lenovo; the 15.6-inch and 14-inch Lenovo Flex machines powered by Windows 10 Pro. There’s also a 256GB flash drive from Lexar to compliment the two aforementioned laptops, or any other laptop or PC you may already own. 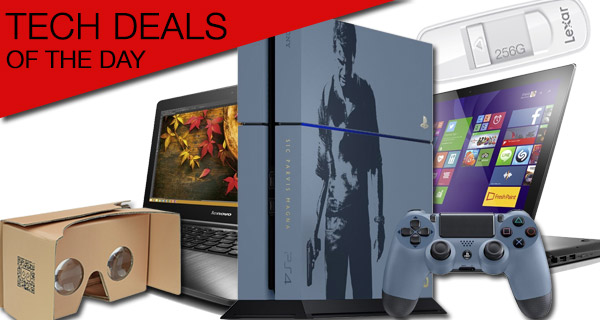 If you’ve ever wondered what kind of virtual reality experience can a smartphone offer, it doesn’t get better and cheaper than the Google Cardboard-powered VR headset offering from a third-party manufacturer like SHARKK. Finishing off our today’s ‘tech deals of the day’ package is the awesome Unchartered 4 themed limited edition PlayStation 4 500GB console bundle.

Whatever you decide to get from today’s deals, just make sure you act quickly because the deals listed here are time sensitive and usually expire after a day or till stock lasts, whichever comes first. Enjoy the savings! 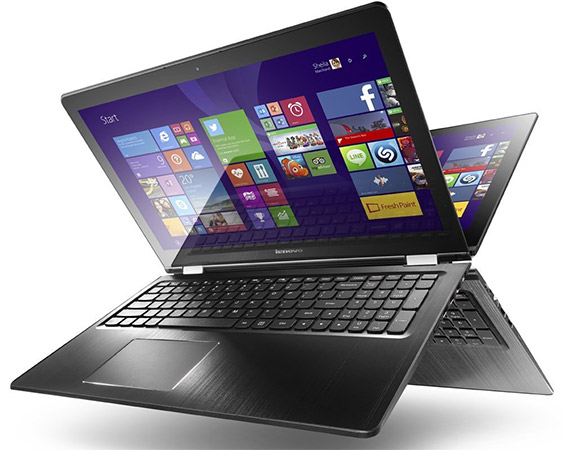 If you don’t know if you want a laptop, or if you need a tablet in your life, so why not bite the bullet and buy a device that caters for both? Powered by the Intel Core i5-6200U Dual Core 2.3GHz processor, this  Lenovo beauty comes with a 15.6-inch display that doubles up as the screen for laptop, as well as being able to function as touchscreen for tablet type input. There’s 4GB of DDR3 RAM, the installation of Windows 10 as default, as well as a 128GB SSD installed out of the box. 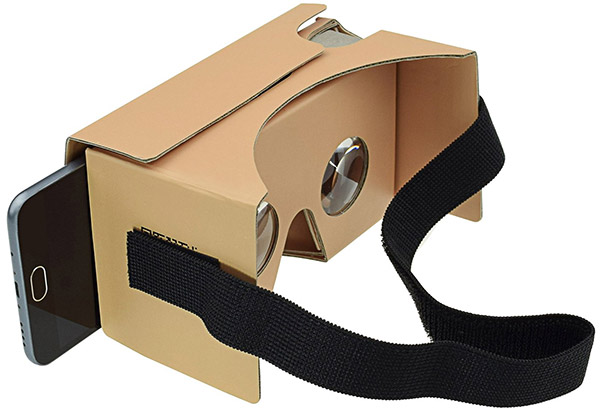 Sometime you just want to take that first step into a new tech category without actually having to part with a tons of money in the process. Those who want to try out and experience virtual reality may not want to part with hundreds of dollars for an HTC Vive or Oculus Rift, but can get an understanding of what it’s all about with this SHARKK interpretation of Google’s Cardboard. Slide your Android or iPhone in, play some VR content, and you’re good to go for less than ten bucks.

As above, if you want a laptop that provides you with the best of both worlds, but want something a little smaller and more portable, then there’s also a compact 14-inch version of the Lenovo Flex. It packs in the same charming appeal built on top of Windows 10, with a 14-inch LED backlist display, an Intel Core i5 dual-core 2.3GHz processor, and 4GB DDR3 memory.

It’s probably fair to say that we’ve all been in the position of exceeding the storage capacity on our laptops or desktops, and therefore need some external memory to keep us in check. This USB 3.0 Lexar creation offers a whopping 256GB with fast read and write speeds for less than $50. That’s 256GB of additional storage, for a reasonable price, from a name you can trust.

Sony’s PlayStation 4 doesn’t really need any introduction, so we won’t delve into the finer details of the technical specification that this beast ships with. Suffice to say, as probably the most popular console on the market from a sales perspective, to grab a 500GB version in special limited edition Uncharted 4 theme with a DualShock 4 Controller and the fantastic Uncharted 4 game itself for this price is a steal.