The insane success of Pokémon Go has only managed to be bested by the release of the latest Pangu Team jailbreak over the last few days. For iOS users, it seems like there has never been a better time! A jailbreak for the latest iOS 9.3.3 firmware as well as wondering the real-world in pursuit of rare and uncommon Pokémon in Nintendo’s smash-hit and addictive Pokémon Go game.

However, it seems that all is not well in the world of Pokémon for those gamers who also choose to have a jailbroken device apparently due to some jailbreak detection code put in the codebase of the game by its developers over at Niantic/Nintendo. 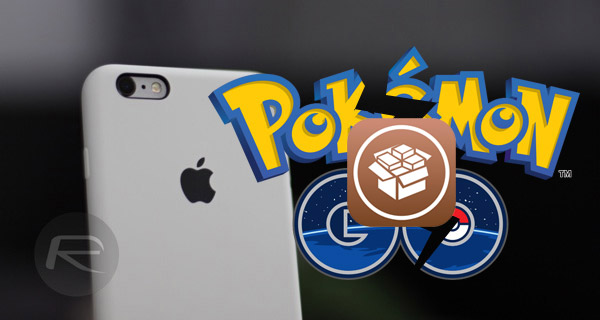 Because of this, Pokémon Go is crashing on jailbroken devices. Thankfully though, as is generally the case in instances like these, we are here with a fix for this problem. Step forward a new jailbreak tweak that not only prevents the jailbreak detection code from happening in Pokémon Go app, but ensures that the game is entirely playable on a device that has been liberated from Apple’s walled garden on the latest iOS 9.3.3 firmware.

You simply need to follow the very simple steps below to add a new repository to Cydia, and then download the tweak in question that will prevent the crash from happening and let you run Pokémon Go on iOS 9.3.3 jailbroken device without any problem. Here’s how to proceed:

Step 1: First and foremost, you’re going to need launch the Cydia app on your jailbroken device.

Step 2: In Cydia, tap on Sources, followed by Edit > Add. This will allow you to add a new repository to Cydia. 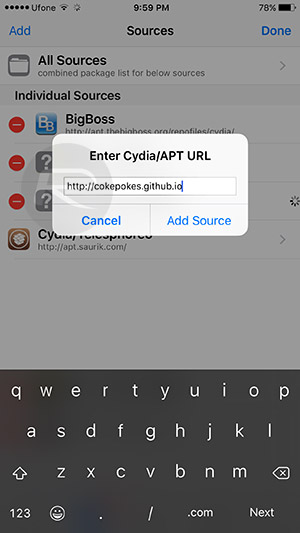 Step 4: Now simply tap the Add Source button to add the repository to Cydia. Once the source is added, don’t exit Cydia just yet.

Step 5: Still in Cydia, select the Search tab from the navigation ribbon at the bottom, and in the resulting interface, search for the Masterball package, which should be present in the CokePokes repository that you added in Step 3 and 4.

Step 6: Open the package and hit the Install button to download and install it to your device. 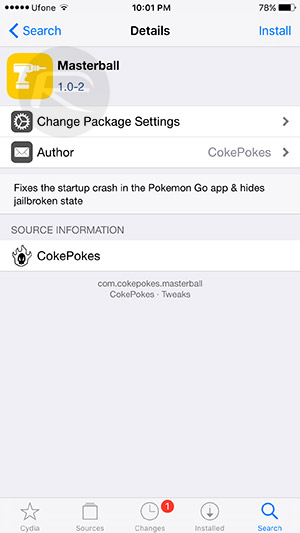 And there you have it, with Masterball installed, the built-in jailbreak detection that has been included within Pokémon Go will no longer force the app to crash upon loading. Owners of a jailbroken iPhone, iPad or iPod touch will be free to enjoy everything that a liberated iOS device brings, as well as free to roam the globe catching Pokémon as they see fit without being interrupted by a crash back to the device Home screen.