The Uber luxury travel services has created a bit of furore among regular taxi drivers, with many, quite understandably, up in arms about the ominous threat to their livelihoods. Now, cabbies in New York City have even more reason to be worried, with the new UberX service actually coming in cheaper than your everyday NYC taxi.

Uber just dropped the UberX fares by 20%, rendering the cost “cheaper than a New York City taxi” according to the official press release on the matter, and although Uber has continually tried to drop its fees in order to entice the wider market, this is the first time that any of the company’s services have been cheaper than regular taxis. 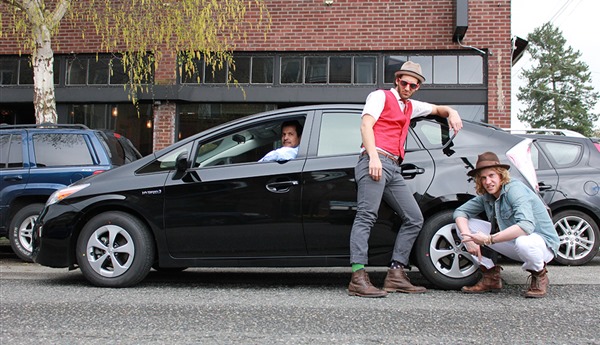 This 20% discount is only a temporary one, with the company clearly experimenting on whether or not such a price bracket would make economic sense. Should the response be positive and users ditch their ordinary taxi for an Uber, there’s a good chance that this ambitious firm could corner a market that seemed inaccessible to outsiders, and although the naysayers were queuing up to pour scorn over the original Uber business model, it has now become a real threat.

If you live in New York City, you may be tempted to try UberX at this discounted rate, although you may also be put-off by the thought of normal taxis losing out. However, Uber also took the opportunity to note that its service doesn’t hinder the long-standing taxi drivers of New York City. In fact, quite the opposite. 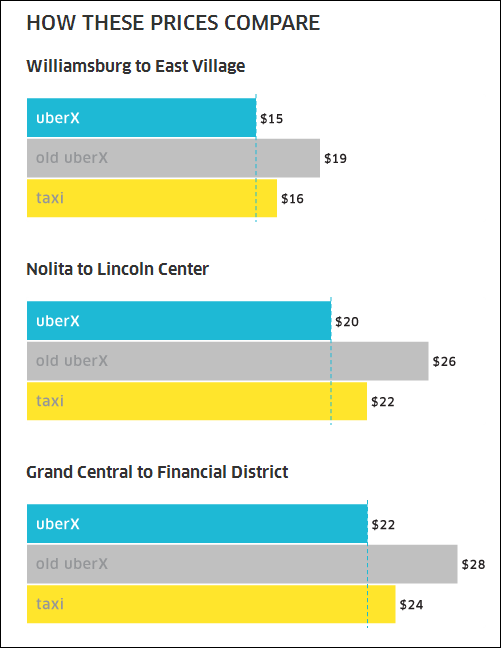 As per the blog, Uber was very defensive of its product and its effect on other taxi drivers:

What we’ve seen in cities across the county is that lower fares mean greater demand, lower pickup times and more trips per hour — increasing earning potential and creating better economics for drivers. What does what mean in the long run? They’ll be making more than ever!

If this pilot is successful, there’s no reason why the cheaper UberX service won’t roll out to other cities and states across America, and if you’re a New Yorker looking to save some money on a trip from Nolita to Lincoln Center or Grand Central to Financial District, UberX is currently the cheapest.