Sources at BGR has confirmed that Google Nexus One phone is coming to T-Mobile US on January 5th. The phone will be sold directly online by Google while T-Mobile will act as its service partner. Here is what the text read on the leaked T-Mobile internal online page. 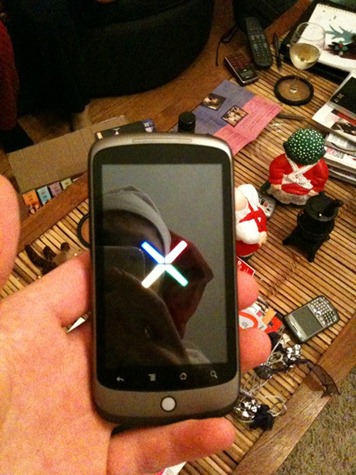 Google, with support from T-Mobile, is scheduled to launch a new Android device in early January. The Google Android phone will be sold directly by Google via the Web.

Support for the device including troubleshooting and exchanges will be managed by Google and HTC. T-Mobile will offer service support including billing, coverage, features, and rate plans. Additional details Streamline content regarding the launch of Google’s Android phone will be coming in early January.

By the looks of it, it is now confirmed that Nexus One indeed will be coming to T-Mobile in an unlocked form. Hardware related support will be taken cared by Google and HTC while service provider support will be given by T-Mobile. Google is expected to unveil the phone in the upcoming Android event to be held on January 5th, at its Headquarters in Mountain View, California.