Nexus One with Android 2.1 Video Walkthrough

After two weeks of all the drama, we finally have got a hands-on video walkthrough of the Google Nexus One phone. The video, which is of five minutes in length walks you through the Android 2.1 experience on the upcoming Google Nexus One phone. Everything from widgets on the multiple home screens, to the new Android Market, to the improved web browsing experience and Youtube app has been demonstrated for your viewing pleasure. 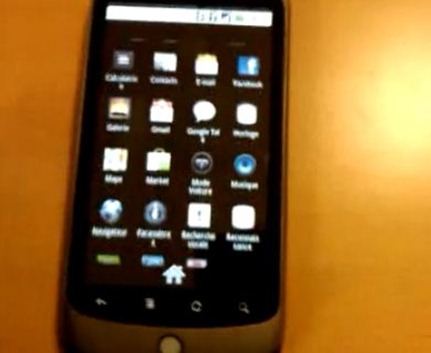 The said device seems to be handling the new Android 2.1 OS very smoothly. The only disappointment is the lack of pinch-to-zoom multitouch functionality, which is now confirmed to be missing. Tap to zoom works though. The lack of multitouch may however, be only limited to the model sold in the United States. Motorola too, has a separate version of Droid, called Milestone for European and other countries that supports touch gestures in the browser and other apps bundled with the phone. It is also to be noted here that the lack of multitouch support on Nexus One has nothing to do with the hardware and OS, which is fully capable of multitouch gestures. [via AndroidGuys]