When Apple announced iOS 12 during WWDC 2018 one of the new features announced was support for third-party navigation apps within CarPlay. That immediately had users looking forward to being able to use something other than Apple Maps when trying to drive and navigate, something that isn’t always great if Apple’s coverage is poor in your area.

While Apple is said to be working on fixing that, iOS 12 will mean that the likes of Google Maps, Waze and Sygic can be used instead. 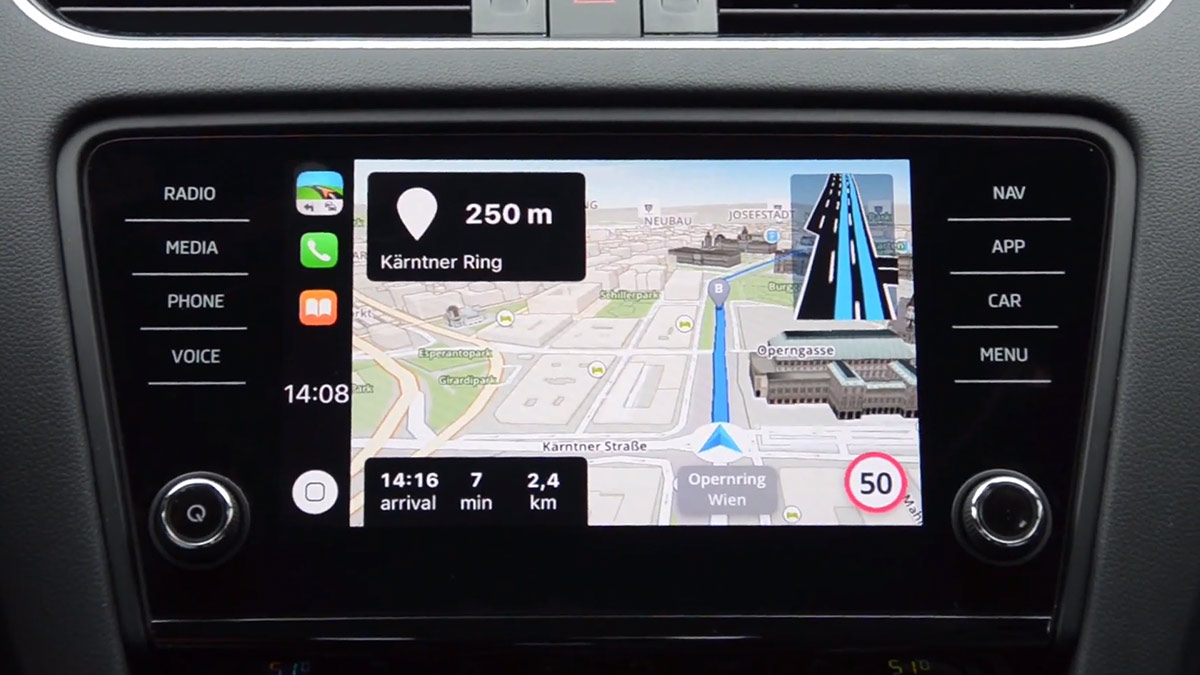 As soon as iOS 12 was announced the developer behind Sygic announced the intention to get the navigation app ready to go before iOS 12 landed this September, and there have been updates on the progress of that ever since.

Two weeks ago Sygic released a teaser video that showed offline navigation working with Apple CarPlay, and now we have a a video showing an early build of the app running during a drive to Vienna.

During the almost two-minute video we see Sygic running via CarPlay just as you might expect it to, complete with lane navigation and 3D mapping to help give drivers a better feel for where they are on-screen. Sygic takes great pains to remind everyone that this is an app that is progressing through development but in its current state it does appear to be working just fine although some spit and polish wouldn’t go amiss. We’d expect that to be added soon enough.

Apple will launch iOS 12 next month after a beta program that is ongoing right now and has been since WWDC took place in early June. New iPhones and potentially a new iPad will arrive shortly afterwards, making September quite the month for Apple.