Consumer Intelligence Research Partners (CIRP) is estimating that Apple’s smart speaker market share has grown to approximately 6%. In order to gain that level of the market, the research company believes that Apple has shifted three million HomePod units since launch.

The reports suggest that Apple has managed to gain some traction in the smart speaker market with HomePod by roughly doubling its market share between March and June.

Even with that impressive statistic, Apple is still trailing behind companies like Amazon and Google who are already well established in the smart speaker market thanks to the Echo and Home hardware. Amazon currently holds a commanding market share with 70%, with Google controlling approximately 24% of the market with its Assistant-powered Home lineup.

Given the cost of competing hardware in that space, it’s difficult to imagine that Apple could command a dominating share:

It took a small share of the market from both Amazon and Google. Still, Amazon has a two-year head start, and Amazon and Google each have a low-priced device that accounts for at least half of unit sales, so it’s not clear how much further Apple can establish itself in the market without a more competitive model.

Both Amazon and Google offer low-cost smart speaker hardware in the form of Echo Dot and Home Mini. Apple doesn’t have that alternative available for consumers and is relying entirely on the premium HomePod hardware to establish the company as a big player in the smart speaker market. It’s very possible that Tim Cook’s company could introduce a smaller, more affordable HomePod unit, but there is nothing official as yet to suggest that it could happen. 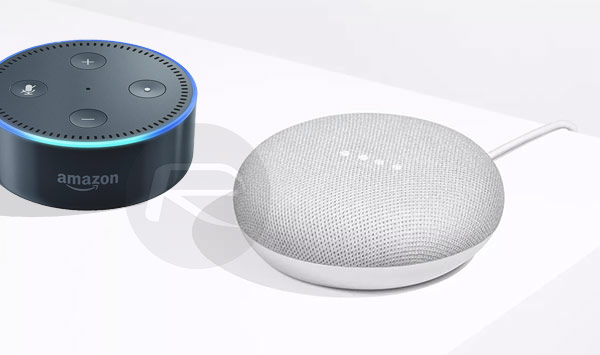 When you actually break it down, the approximate market share won’t be too much of a concern to Apple. Granted, 6% doesn’t seem like a lot in a market being dominated by Amazon, but Apple’s hardware retails at $349 per unit and is a premium speaker experience. Where Amazon and Google are concerned, their products definitely have value, and definitely offer bang-for-buck, but are often on sale for less than $40.00.

At this point in time, Apple will be happy clawing some market share away from those companies wherever possible at the same time as banking the revenue from HomePod sales.