Stream Videos/Pictures Like AirPlay From iPhone, iPad And Android To Xbox 360 And More Using ZappoTV

ZappoTV is a media streaming app for the iPhone and iPad, along with Android hardware, which can push video content to any number of supported devices including the Xbox 360, Western Digital set-top boxes and a selection of internet enabled televisions.

This free download via the Apple App Store or Android Market gives users an easy way to find content online and across a network and then beam it to an internet connected television or one of the many supported devices, including the Microsoft Xbox 360. 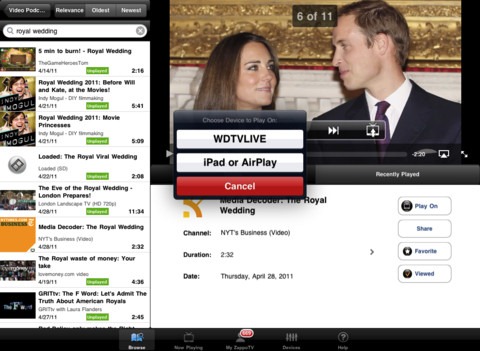 Slideshows and audio are also supported by Zappo TV, and AirPlay support is also present should users wish to send content to an Apple TV, too.

The inclusion of AirPlay support is an interesting one, with the app basically offering a very similar feature to AirPlay for with support for non-Apple devices as well.

We would expect the list of supported devices to grow over time, and the app has only been around a few weeks after all. 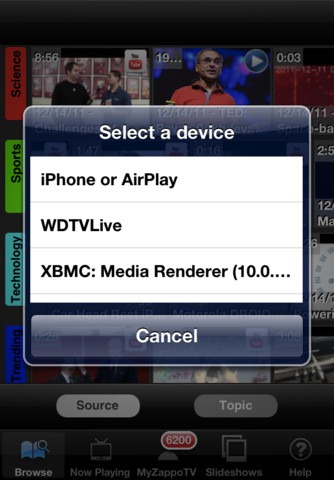 Users will need to create a Zappo account in order to use the service, but this means that the whole thing can also work over a 3G connection, whereas AirPlay currently requires both the sending and receiving hardware to be on the same network.

The ZappoTV app is available in the App Store (for iPhone, iPad, and iPod touch) and Android Market now, though some content may not be available in all countries thanks to the mess that is the licensing system. That will not affect media that is on your own device however. Podcasts and other media are also available for streaming, just as is the case with Apple’s own iTunes and AirPlay combination. 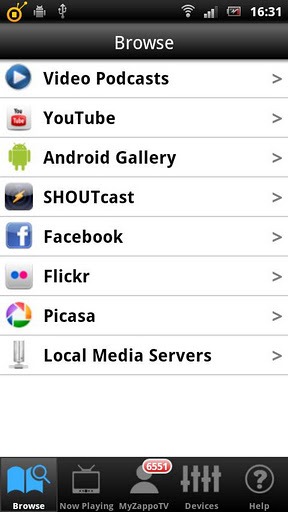