It’s been a busy few hours at the IFA trade show in Berlin, and following Samsung’s three-pronged assault on the mobile industry, Sony has since taken to the stage to unleash a couple of new releases of its own. The Xperia Z3, a follow up to the Xperia Z2 announced in February at IFA, is accompanied in its entrance by the Xperia Z3 Compact and the Z3 Tablet Compact, and if you’re interested to see what the Japanese outfit has come up with next, then join us after the leap.

We’ve begrudgingly become accustomed to flagship devices launching once a year, but with the Z2 only halfway through this assumed life cycle, the Z3’s showcasing seems a tad impromptu. Nevertheless, the Z3 is fairly similar in terms of form factor, sporting that slick, minimalist design that we loved when we reviewed it in Barcelona back in February, although there are a number of subtle, yet important differences. 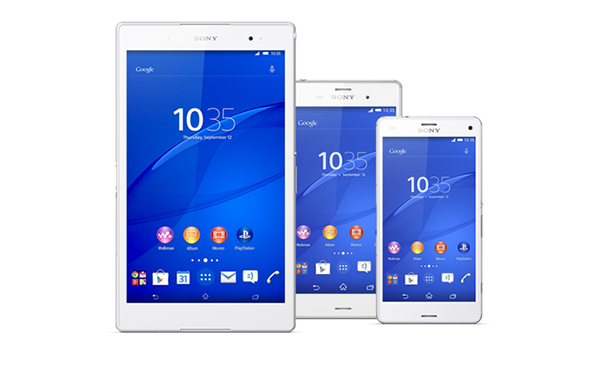 The main, non-compact Z3 packs in a 3,100mAh, which Sony claims will keep the device ticking over for two days’ use. Two-day battery life is almost unheard of in smartphone circles, but if the Xperia Z3 can live up to its billing, it’ll definitely be on the radar of power users.

Under the hood, you get a quad-core 2.5 GHz Snapdragon 801 SoC as well as monstrous 3GB or RAM, and having already seen what’s in store with the Galaxy Note 4, the Xperia Z3 is almost as impressive. 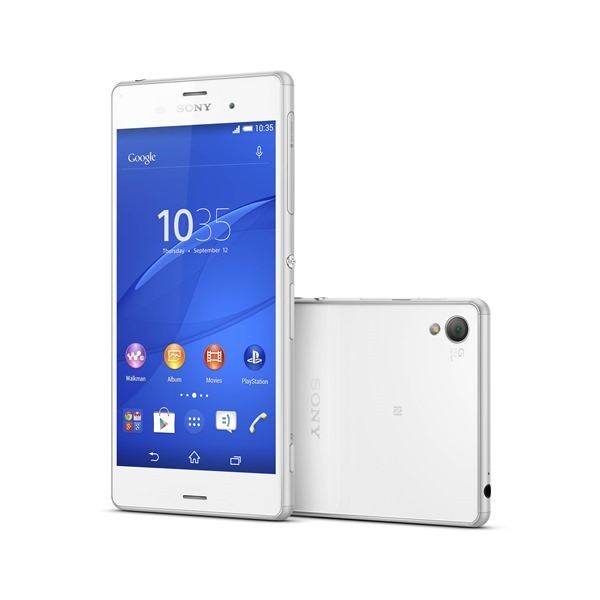 Sony’s Xperia Z3 offers a 2K display over a 5.2-inch spread, and although there were rumors of a 4K display for the Z3, you’ll still struggle to notice any pixels when using this device. 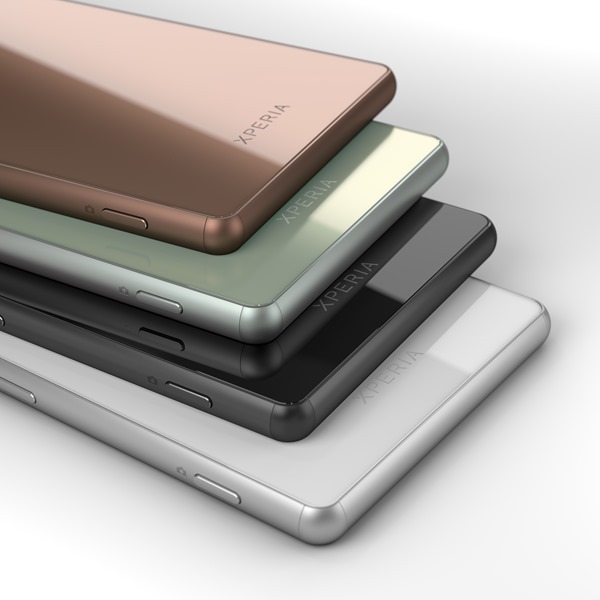 The rear-facing camera is a 20.7-megapixel offering inclusive of Sony’s own software and technologies, so expect a premier point-and-shoot experience from the Z3.

The Z3 Compact, meanwhile, gets a 4.6-inch display, with a nice, simple design akin to the main model. Unlike other ‘mini’ models you see across the market, the Compact touts a premium experience in a down-sized package, and as such, you get the same 2.5 GHz Snapdragon 801 and 20.7-megapixel camera as you do with the main Z3. 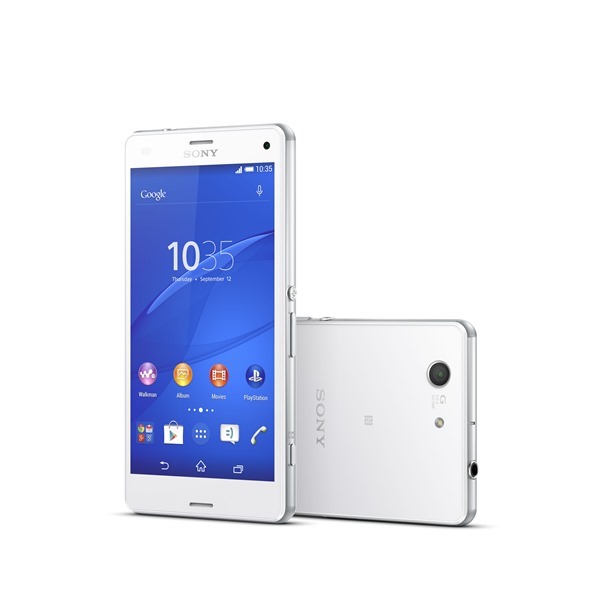 Sure, there’s only 2GB of RAM, the battery is less at 2,600mAh, and the resolution is a rather disappointing 720p. But for sheer power and productivity, the Xperia Z3 compact has it all, and given the processor, should still be considered a fairly high-end smartphone. 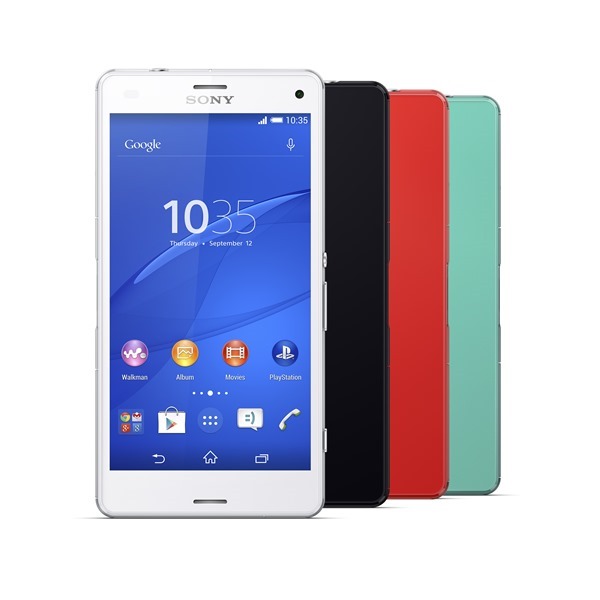 The Xperia Z3 will launch in white, black, copper and mint green, as will the Z3 Compact.

Dubbed as the world’s lightest and slimmest tablet, it’s a beast for what the device has to offer. Weighing in at just 270 grams, it’s without a doubt a feather when it comes to tablets of its category. With a thinness of just 6.4mm, its mighty credentials really makes it a worthy competitor to what’s already in the market. 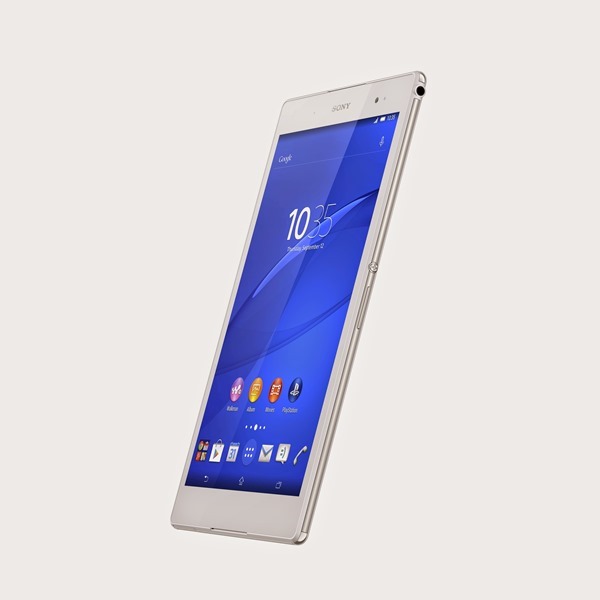 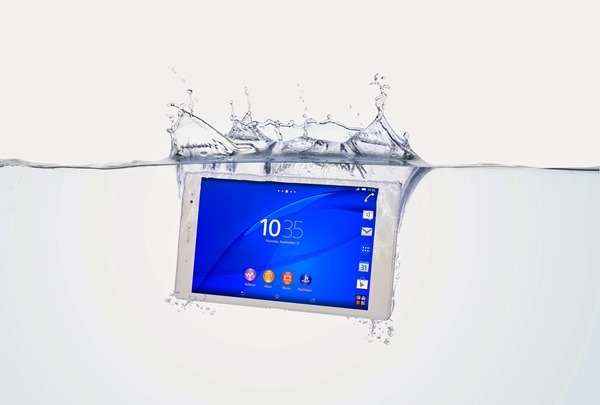 And just like the Xperia Z3 and Z3 Compact smartphones, the Z3 Tablet Compact features IP65/68 certification, which means that the device is ready to take some water splashes and dust bruises without any sort of hiccup.

And to top things off, the Z3 Tablet Compact is the first tablet to feature Sony’s PS4 Remote Play tech, which means you can use the device as a remote screen for your PlayStation 4 console. A big win for PS4 owners out there.

At this point the pricing hasn’t been revealed but the devices are expected to hit shelves this fall.

So, what do you think of Sony’s latest efforts? Will you be indulging? Do share your thoughts below!