Despite its massive popularity and usefulness, the one area where Reddit has always lacked is the number of official mobile apps that the company offers. That is beginning to change, however, starting with the service’s official Ask Me Anything (AMA) iOS app, which caters to the iPhone needs of the service’s most popular feature, Ask Me Anything.

The free app allows iPhone users to browse the Ask Me Anything feature of Reddit on their mobile devices whilst being on the go, and enables viewing of not only real-time interviews, but also archived content. 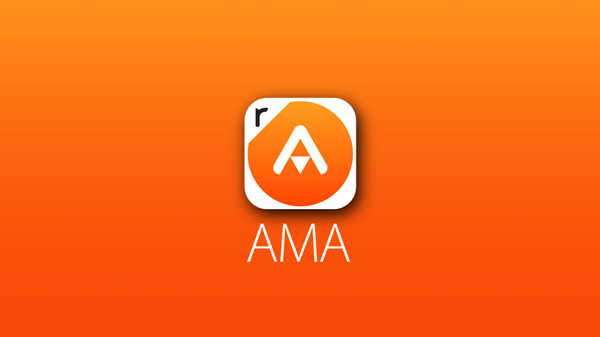 The official app launch was done in a direct response to the number of increasing mobile users for Reddit. According to Ellen Pao, Reddit’s SVP of mobile, “We’ve found in the last year or so a huge uptick in people accessing Reddit from the mobile web, and we want to give those folks a great experience …”

It’s noteworthy that the company attempted to jump onto the mobile app bandwagon back in 2011 as well, but abandoned the project altogether in a few short months owing to consistent bug complaints and poor user experience. Now they’re back with a fresh start, and it seems they’ve learnt from their mistakes this time around. 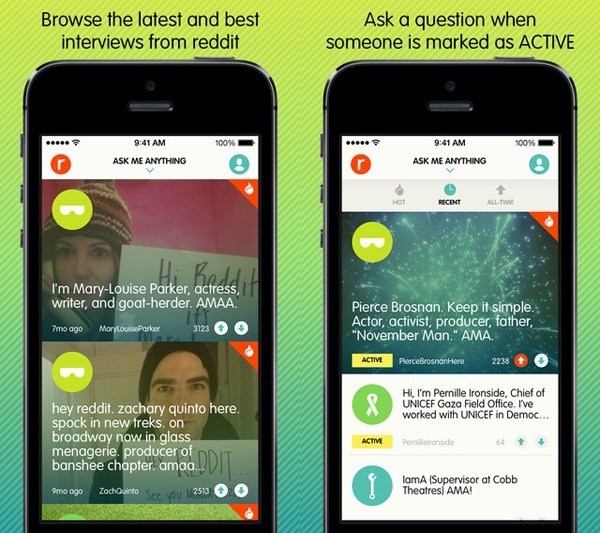 The app itself is pretty well laid out, with easy to use navigation, active user notifications, following trending AMAs, up-voting and down-voting questions and the like. You may also filter AMAs by topics, like Entertainment, Science, Politics etc. All in all, it’s well developed and provides a true mobile experience unlike the company’s last attempt. Then, to adhere to Apple’s guidelines, Reddit has by default blocked obscene content in the Ask Me Anything app, but you have the option to log in and enable it in your account’s settings. The company also clarifies that they’re constantly working on making the app all the more useful, so they appreciate any feedback from the user community. 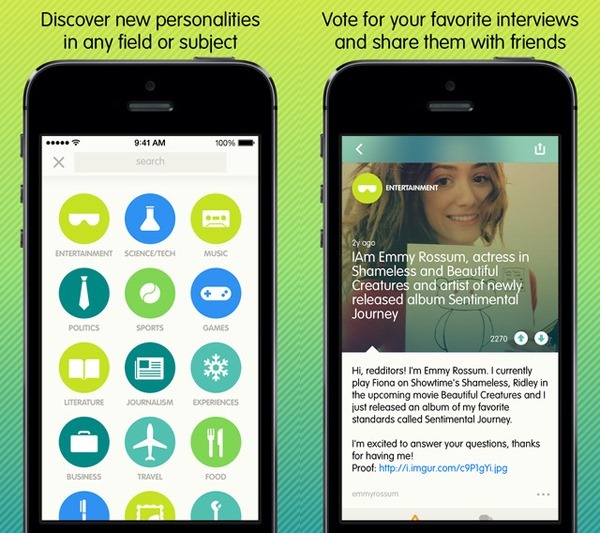 Reddit is one of the most popular web services out there right now. The site has 133 million unique visitors on a monthly basis, and a growing population is coming from mobile devices. Thus, it makes sense for the company to invest in this area and ensure that a consistent experience is delivered to users across all platforms.

(Download: Ask Me Anything for iPhone on the App Store)