Apple is often listed as one of the main companies behind the surge of the digital music economy in the last decade. The introduction of the iTunes music store almost single handedly crafted a digital marketplace, putting music in front of consumers around the world and making it extremely easy for them to get the latest artist releases. As music sales and downloads begin to slow down across the industry, Apple is reportedly looking for ways to go swim against the tide by bolstering its own music offerings, which could see the fruit company partnering with Shazam Entertainment to offer a song and artist recognition service natively via Siri within iOS.

A number of industry sources who are said to have intricate knowledge of the product claim that Apple has been working on the feature with a view to making an announcement as part of the iOS 8 introduction. The integration would essentially leverage the power of Shazam’s identification platform to allow iPhone, iPod touch and iPad users to identify the song title and artist of a particular track without needing to download any third-party applications from the App Store.

Shazam Entertainment Ltd. is already regarded as the industry leaders when it comes to song detection on mobile devices, making it the perfect partner for Apple to team up with for any potential deep integration within iOS. The unnamed sources have also provided a few additional details about the product, claiming that it will be integrated into iOS in a similar fashion to Facebook and Twitter that shipped with the iOS 7 Social framework. 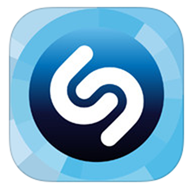 Both companies have so far failed to provide any official comment on the speculation but it’s likely that Apple is looking for new ways to market digital downloads through the iTunes Store. More and more users are enjoying music via streaming services like Pandora, Spotify and Apple’s own ad-supported iTunes Radio platform meaning that actual sales of digital tracks are rapidly declining. Shazam’s own music recognition application currently provides a direct link to detected music through iTunes, which is something that any official Apple implementation will continue to do.

If this particular rumor turns out to have some substance then it’s likely that Tim Cook and his team will give us an in-depth demonstration as part of WWDC 2014 in June.