Sega Genesis Mini Discounted To $49.99 Just In Time For The Holidays

The iconic Sega Genesis is back, but this time in miniature form, and representing exceptional value-for-money. For what is likely to be a limited period of time, you can pick up the Sega Genesis Mini via Amazon for just $49.99. That’s representative of a 38% discount that will be with you before the festive rush.

Some of us are old enough to remember when the original Sega Genesis was pushed out into the gaming market. As Sega so aptly puts it, that original console “defined a generation of gaming” and is still to this day one of the most popular and iconic consoles that we have ever seen. Obviously, in terms of technology we have progressed and now have hugely powerful consoles but that doesn’t stop gamers from yearning for a slice of yesteryear. And that is exactly what you get with this revamped miniature version of the console. 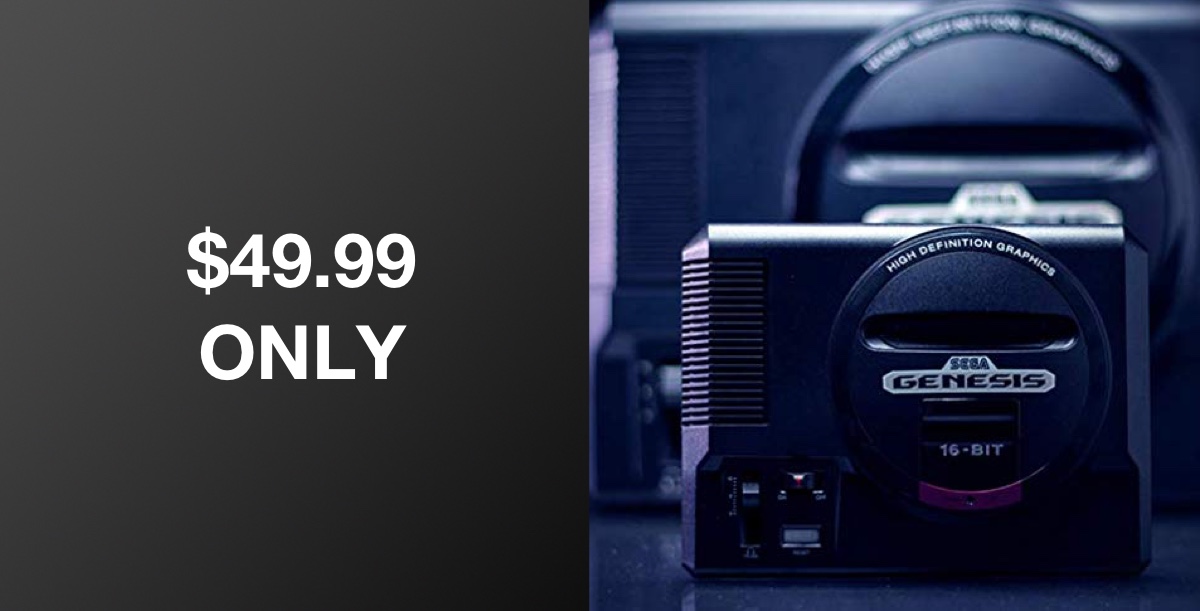 Unlike the original, this miniaturized version comes pre-packaged with 42 stunning and highly popular games. That means there is no need to head out and buy new games or try and find cartridges knocking about on eBay. You simply need to plug this little piece of history in, connect it to your television set and you are good to go with loading and playing any one of those 42 pre-loaded games.

You will get games like Ecco the Dolphin, Space Harrier 2, Toe Jam & Earl, Castle of Illusion, Shinobi III, Contra: Hard Corps, and Sonic The Hedgehog 2, amongst others. One of the hugely appealing aspects of this console is that it is genuinely “plug and play” ready. That means that there is nothing else for you to do other than take it out of the box, plug it in, and you are good to go! It really doesn’t come any easier than that and it means that it makes a stunning gift. 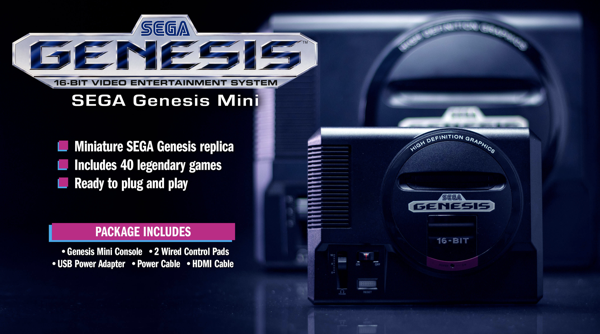 This really is one of those affordable slices on gaming nostalgia that would make a great purchase, either for yourself or for a loved one or a child who might want to experience what gaming was like before Xbox and PlayStation came along.