Late last week, we covered Sara – a jailbreak-only Siri alternative which actually worker rather well. Of course, life experiences will tell us that nothing usually compares to the real thing, but for those not sold by the rather unspectacular iPhone 4S, it does a grand job.

From the developers of Sara comes Sara Dictation – a simple-yet-effective voice-to-text tweak which sits within your device’s keyboard. Compatible with iPhone, iPad and iPod touch, it introduces a little white microphone alongside the space bar which you simply tap to activate. Having tested it a few times, Sara Dictation is – much like Siri – pretty darn accurate, with only a few minor mistakes per paragraph. It recognizes all the little bits and pieces required for a decent dictation app – allowing you to insert full-stops, commas, and speech marks as you so wish. 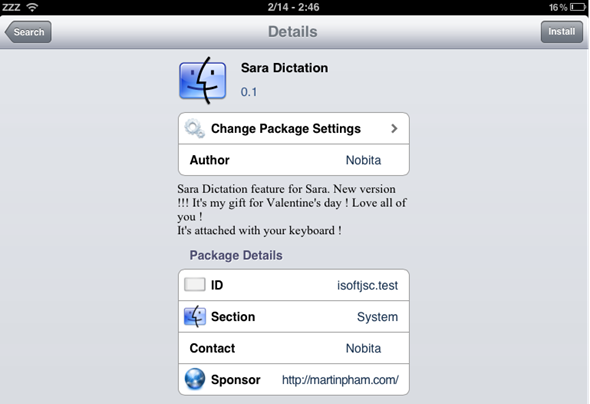 Of all the Siri-like utilities available within Cydia and the iTunes App Store, we have to say that this is probably our runaway favorite. For a relatively small package (153 kb), it is a nice, smooth voice-to-text which, unlike Siri, covers 30+ languages as opposed to just American accented English. 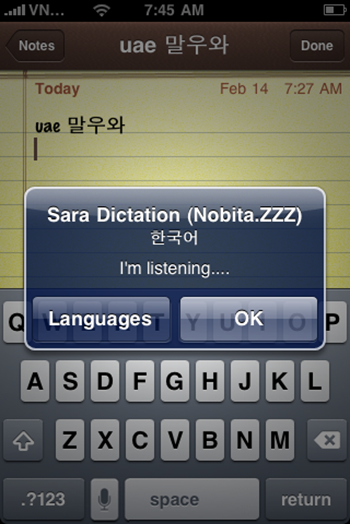 It’s available for free via the same repository which hosts Sara (http://isoftjsc.com). Add the url to your source list in Cydia, and look for a file named Siri Dictation (NEW VERSION). Once installed, although it doesn’t force a respring upon you, we recommend doing so in order to complete the installation.

Thanks Martin Pham for the hat tip!