Ever since Siri was introduced on the iPhone 4S along with iOS 5 back in October, coders and developers have been looking to manipulate it in a variety of ways – with some interesting results.

That interest transcended greatly with the release of the iOS 5.0.1 untethered jailbreak in December, and perhaps more so the following month when the A5 Absinthe jailbreak was unveiled for the iPhone 4S and the iPad 2.

Up until now, the best way to install Siri on an unsupported device has been Spire. Released in December, it’s pretty straightforward to set up, requiring users to connect to a proxy server in order for the various commands to be answered by Apple’s pocket slave.

It seemed inevitable that there would be more in the way of Siri alternatives, though, and a Vietnamese dev team has produced a new, and apparently much more advanced iteration, which operates under the effeminate pseudonym of Sara. This free voice recognition utility takes it a little further than merely setting reminders or driving users crazy with nonsensical conversation, and appears to be much more versatile – allowing users to train it to accept new commands. 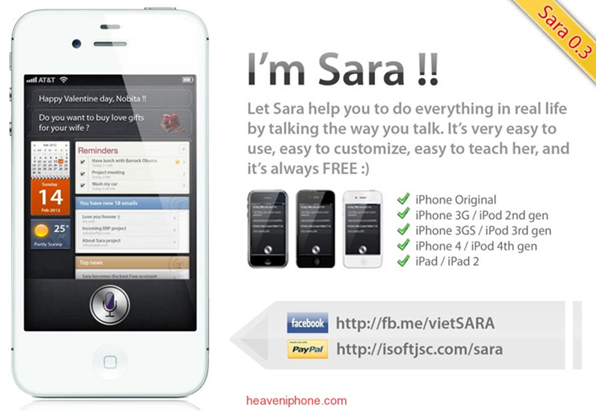 It’s described by its creators as having an "open" brain, allowing those in the know to create plug-ins for special commands fairly simply. With Cydia home to so many disciples, we very much doubt there will be a shortage of said plug-ins once Sara is adopted by the masses.

At this point, though, the feature set remains impressive indeed, the clincher being its ability to scan barcodes and QR codes and indicating which businesses in a user’s locale sell that particular product or service.

Perhaps the most encouraging thing about Sara is that it works in a variety of countries aside from the States – which gets clear favoritism when it comes to Siri. Furthermore, it’s available in no fewer than 37 languages – and all this after supposedly only a month’s development. 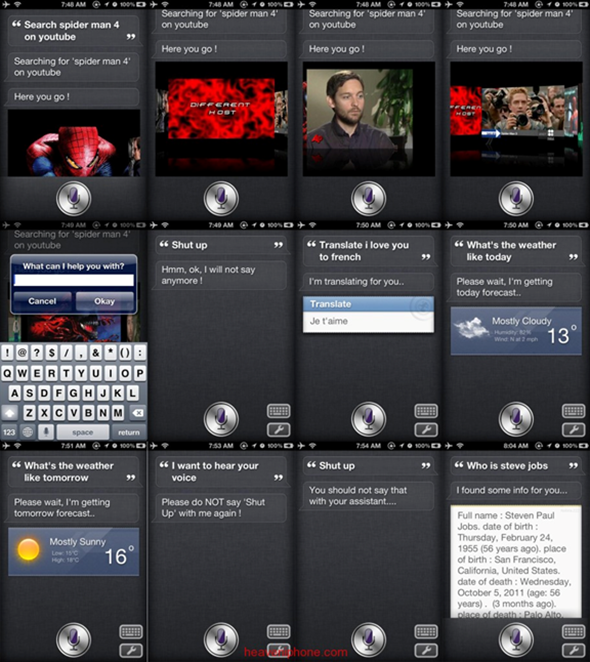 So, how can we get hold of it? Well, all you need to do is add the following repository to your Cydia source list: http://isoftjsc.com and download the version specific to your device. The version listed in the repo says 0.1 at time of writing, but there are plans to update it in the very near future, so keep checking Cydia for any changes.

Thanks Martin for the hat tip!