Back when the iPhone Dev team were unable to provide an update to Ultrasn0w to provide a software-based unlock on certain iPhone 4 basebands, it was left to a Chinese development team to step into the limelight with the introduction of the Gevey SIM. For those that don’t keep up to speed with the happenings in the world of unlocks, the Gevey SIM requires the user to actually place the SIM interposer between the network’s SIM card, and the rest is well, magic.

Without getting too technical, the Gevey SIM worked by spoofing the IMSI (International Mobile Subscriber Identity) with the end-result being obviously extremely desirable for users, considering it provides an unlock for basebands which otherwise wouldn’t be available, but it also comes with its restrictions, with the biggest one being that the SIM Interposer needs to remain in place at all times for the unlock to remain active and if the device loses power due to battery drainage, then the user has to go through the hassle of unlocking the device all over again. Users of the iPhone 4S, or those who wish to purchase one but require an unlock have been in an unfortunate position since the device’s launch in October, with no software or hardware lock being available for the device. The public release of an untethered jailbreak for the A5-powered device has been with us for quite a while now, but unfortunately no Ultrasn0w update or unlock has followed to provide network-freedom for the 4S.

Now according to a new report, a new SIM Interposer from the ‘ChinaSnow’ development team claims to be able to provide a hardware-based unlock for the iPhone 4S for 1.0.11, 1.01.13 and 1.0.14 basebands. The new hardware has been given the name ‘TPSIM Unlock’ and is a solution which is extremely similar to the Gevey SIM from the Gevey Dev Team. 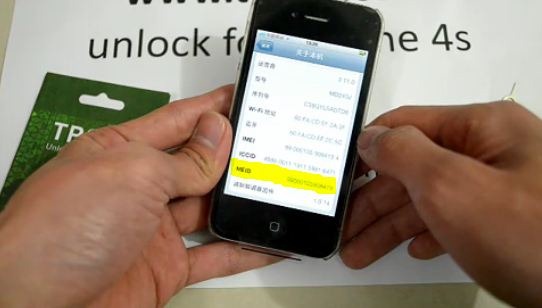 Obviously this announcement will be greeted with an understandable amount of skeptism considering the ChinaSnow Dev Team are total newcomers to the iPhone unlocking game. But, the report is indicating that the new TPSIM method looks solid and legit. Speculation has been ongoing for quite some time now about a possible Ultrasn0w update to cover the iPhone 4S basebands, considering the Dev Team was able to dump the baseband bootrom in December of 2011, but so far nothing has been materialized. While people wait for the iPhone Dev Team to make the all important break through, the TPSIM solution could prove to be a great alternative for 4S users.

The video below shows the TPSIM Unlock solution in action from which you can draw your own conclusions about whether or not this report is the real deal or just another development team offering the news that people want to hear in an attempt to make a quick buck. The team have also released the following ‘feature’ list of the their new tool:

So what do you think? Is this a real deal or just a flash in the pan scam attempting to snatch a few sales? The TPSIM Interposer is not currently available to purchase, although it can be pre-ordered here at a cost of $84.95. The price is significantly higher than previous unlocks we have seen of the same nature and I would seriously urge you to put in a pre-order under ‘extreme’ caution. This SIM Interposer has no proven track record and no legitimate sources confirming that it works as advertised.

Neither myself, or any of the Redmond Pie team have have tested the TPSIM Unlock so we cannot recommend making this purchase and are offering this news purely for informational purposes. I am pretty sure more information will start to filter through about this new tool in good time.

Those of you sporting an iPhone 4 or 3GS with older and supported basebands might want to head over to this link to unlock their device using the latest version of Ultrasn0w on iOS 5.0.1.

Thanks mooodey for the hat tip!