The iPhone 4S-owning world have been enjoying the many benefits of Siri for over three months now, taking advantage of all of the features which the next generation intelligent assistant provides. Such was the hype surrounding Siri, that we have even seen a number of applications trying to enter the Android Market, trying to pass themselves off as the real thing before being pulled from sale by Google. 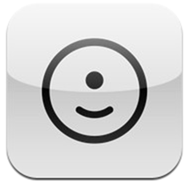 Unfortunately, some of the pretenders to the throne have been nothing more than simple dictation applications, or a front end for Google’s own voice services, leaving us to believe that to truly get a voice assistant that works we will need be owners of the 4S hardware – until now.

Let me introduce you to Evi, an exciting new mobile search product developed by True Knowledge and is available on the Android Market and iOS App Store. Before Evi was released, the developers were looking for staff members to work on a ‘secret’ project which we have now discovered is an application which uses artificial intelligence to provide answers to everyday questions. Evi attempts to provide more information that a standard search engine by recognizing your actual request, which can be dictated using the microphone or typed through the device’s keyboard. 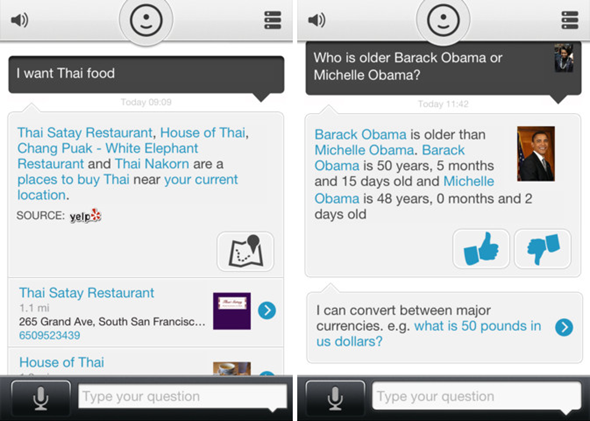 Evi features both voice and text input methods and provides local information for both the United Kingdom and the United States of America. The application features a few impressive features such as one-tap word typing which gives suggestions of words you might want to help the user build a sentence faster. True Knowledge have also given Evi the ability to adapt and learn from users which will allow ‘her’ to give users more personalized feedback. 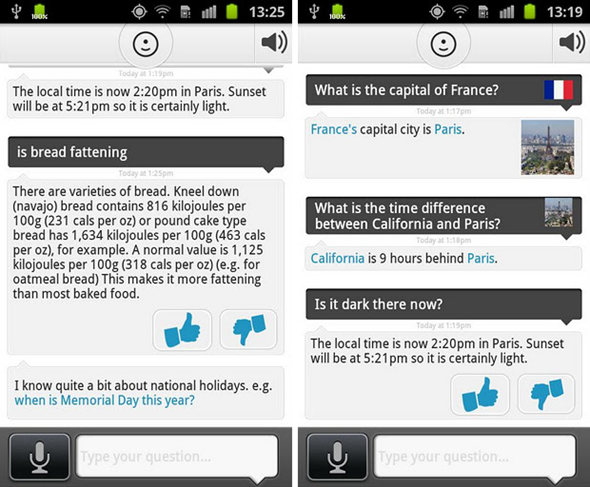 The comparisons between Siri and Evi may not be entirely accurate due to the differing functionality. Siri exists as a personal assistant and is able to interact with a user’s calendar and reminders schedule, whereas Evi does not, and is unlikely that it ever will have this ability – at least not on iOS. The likelihood of Apple accepting an application onto the App Store which directly competes with Siri in terms of functionality is not likely to happen anytime soon.

With that aside, Evi is first and foremost a very elegant and professional looking application, built upon Nuance voice recognition technology, which is sure to gain a lot of fans. During my own personal testing I only managed to get Evi to process one request, with the service returning server errors the majority of the time which is likely due to the large new user base downloading Evi.

Evi is available to download free of charge on the Android Marketplace, with the same app costing $0.99 on the iOS App Store to cover the cost of including Nuance technology.

Be sure to check out our iPhone Apps Gallery, iPad Apps Gallery and Android Apps gallery to explore more apps for your iPhone, iPad, iPod touch and your Android device.