Samsung has today announced a new entry into the T-series of portable SSDs that has been so popular in recent years.

We already had the T3 and T5, with the new T7 Touch taking its place at the very tip of the lineup. 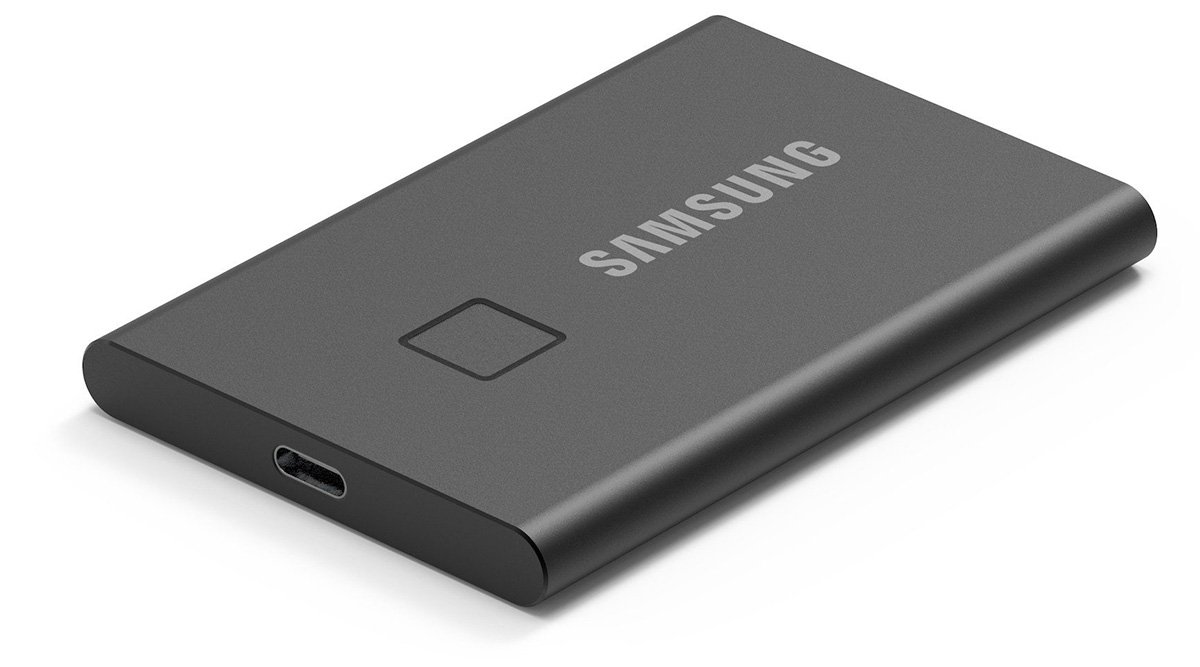 The T5 is a portable SSD that has been a go-to for people who need fast storage on the move, but the new T7 Touch blows it out of the water. The T5 was capable of 500MB/s transfer speeds with the new T7 upping that to a massive 1000 MB/s. It’s still small and it still doesn’t need a power adapter, with everything running via a single USB-C cable.

Things are also kicked up a notch with the inclusion of a new fingerprint scanner that is designed to make sure everything is safe and secure before the drive is accessible.

For an added layer of security, the T7 Touch brings the first built-in fingerprint scanner to an SSD on top of password protection and AES 256-bit hardware encryption. It also features a ‘Motion LED,’ which allows the user to determine the status of the device simply with a single glance.

There will be versions of the new T7 in both black and silver with storage capacities of 500GB, 1TB, and 2TB on offer. But just as you might expect, you’re going to have to pay for that huge speed increase with prices of up to $399.99 for the 2TB model.

A cheaper version of the drive, simply called the T7, will be available at some point with the fingerprint scanner stripped away. Pricing and availability haven’t been made available as yet.