This is the Google Nexus Two by Samsung !!!

Gizmodo has done it again, well sort of anyway. As the title suggests, the long rumored Nexus Two is real, and this time, Google has picked Samsung instead of HTC to build it.

The Nexus Two looks a hell a lot like the current Galaxy S phones. Build-wise, it has same plastic look and feel to it, but it is curved around the back, like iPhone 3GS which makes it a bit more thinner and sexier than Galaxy S in my opinion. The reaction of Gizmodo’s source when he or she first saw it says it all about this device:

"When I first saw it from 10 feet away, I thought it was the Galaxy S," says our source, who got to handle one. "I was a little surprised it was the Nexus Two," because it’s so different from the Nexus One. 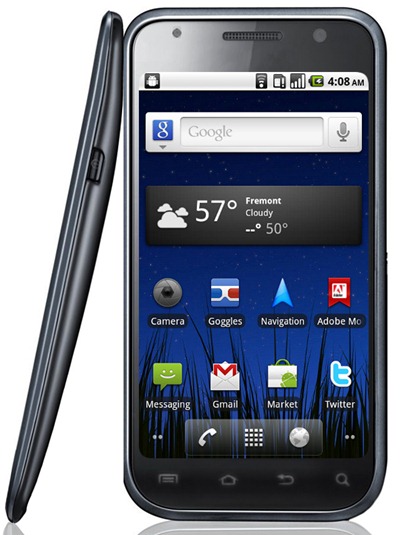 If you were hoping for Nexus Two to feature next-generation of smartphone hardware, you will be disappointed. While Gizmodo’s source isn’t sure about the internal components, but by the looks of it, it features almost exact same specs (processor and RAM) as the current Galaxy S series of phones. As for the comparison of Nexus Two with HTC’s Nexus One, there isn’t much different except for the 4-inch Super AMOLED display and a front-facing camera.

It will of course ship with Android 2.3 / 3.0 Gingerbread. Google is also reportedly working on a video chat software to compete with Apple’s FaceTime using same protocol as Google Talk.

Samsung and Google are expected to officially announce the device at a conference on November 8, in New York City [via Gizmodo]