The next version of Android will be named Gingerbread. Though not officially announced, the name has been confirmed after a Gingerbread mascot officially turned up outside Google’s Mountain View Headquarters where it is placed right next to a statue of Android 2.2 “Froyo”. 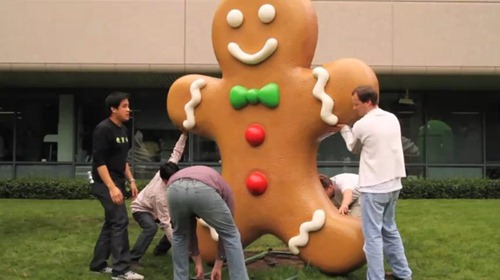 Android Developers has uploaded a video on YouTube which shows the Gingerbread statue arriving in a truck at Google’s HQ, being moved to the left of Froyo’s statue and then being erected by Google employees.

This confirms all the rumors about the next version of Android being named Gingerbread. We’ve only heard of rumored features, but there is nothing concrete at the moment. We do, however, hope it cracks Android’s fragmentation issue which has been causing serious issues for app developers.