Everybody’s favorite consumer-stats-collecting organization The Nielsen Company has gathered some very interesting data about the most popular mobile operating systems by analyzing how many handsets (of each OS) people bought in the last six months.

Well get this: Android is now the most popular mobile operating system in the US. See the graphical graphs explaining everything below: 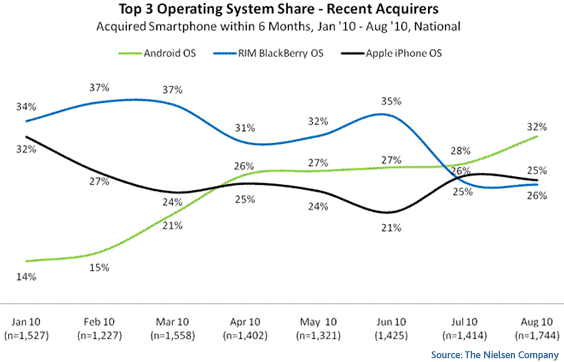 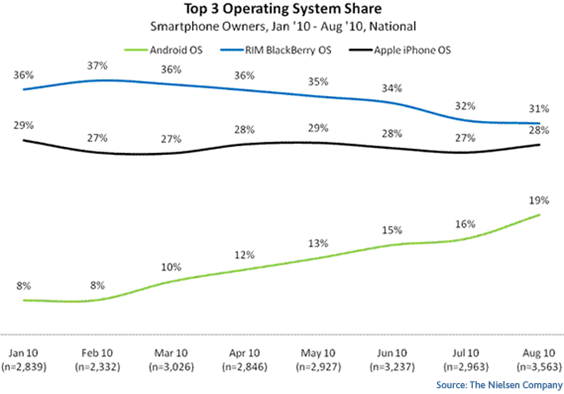 RIM’s BlackBerry OS still has the upper-hand when it comes to overall share (31%) and is very close to iOS (28%). But the most important point here is Android’s exponential growth.

This can be attributed to the fact that all four cellular networks carry Android phones whereas iPhone is available only on one network i.e. AT&T. So it’s really pitting one iPhone on one network against a dozen Android handsets on four national carriers. 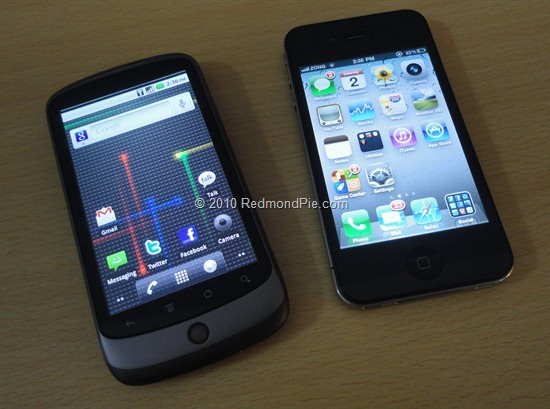 Still, however you may look at the entire scenario, cannot change the fact that Android will take over paramount share amongst all mobile operating systems in America sooner than we had earlier thought. [ReadWriteWeb via Nielsen]