Apple is Working on iPhone with Ultimate SIM Card – Report

Can Apple do what Google couldn’t? Namely, to create web store where people could buy their iPhone with a desired carrier + plan? If a rumor posted on GigaOM is anything to go by, Apple will precisely do that… in Europe. 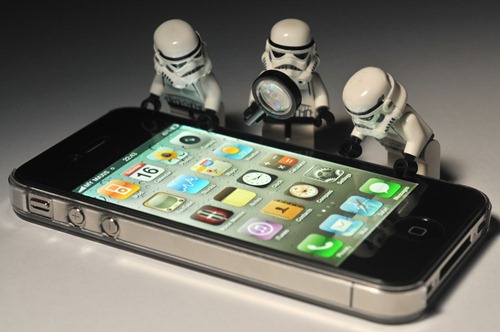 Apple is working with SIM-manufacturing company Gemalto to create an integrated SIM that will allow customers to buy an iPhone from the Apple Store, choose a carrier+plan there and activate the phone from home with a download from App Store. It essentially reduces the role of the carrier to being a network provider and not anything else.

Sources inside European carriers have reported that Apple has been working with SIM-card manufacturer Gemalto to create a special SIM card that would allow consumers in Europe to buy a phone via the web or at the Apple Store and get the phones working using Apple’s App Store.

However, if Apple is doing an end run around the carrier by putting its own SIM inside the iPhone, it could do what Google with its Nexus One [sic] could not, which is create an easy way to sell a handset via the web without carrier involvement. Much like it helped cut operators out of the app store game, Apple could be taking them out of the device retail game. Yes, carriers will still have to allow the phone to operate on their networks, which appears to be why executives from various French carriers have been to Cupertino in recent weeks.

The Gemalto SIM, according to my sources, is embedded in a chip that has an upgradeable flash component and a ROM area. The ROM area contains data provided by Gemalto with everything related to IT and network security, except for the carrier-related information. The flash component will receive the carrier related data via a local connection which could be the PC or a dedicated device, so it can be activated on the network. Gemalto will provide the back-end infrastructure that allows service and number provisioning on the carrier network.

Carriers tend to exercise more control over handsets. Verizon, AT&T and Sprint are prime examples of this. Read up reviews of the Samsung Fascinate, HTC Aria or EVO 4G and you’ll know just what I’m talking about.

Apple, on the other hand, has complete control over the iPhone. But there is only one thing wrong: it’s locked to AT&T. This is a big issue in the US, where hundreds of thousands of people want the iPhone to come to Verizon / other networks.

It’s a different case in Europe though, where the iPhone is available on dozens of networks. Exclusivity is basically non-existent there. So it would make a lot of sense to have one SIM that would allow users to jump from one network to another on a whim. One SIM to rule ‘em all.

This is Europe only though. So if you’re in America, you’re still stuck with AT&T. *smirks cunningly*  [TechCrunch via GigaOM]