Great news for road warriors, or just people who never seem to make it through a day on a single smartphone charge today, after it was announced that Samsung has developed technology that could almost double the battery life of our devices. Tests have shown the new batteries last between 1.6 and 1.8 times the length of current technology, according to the manufacturer. Sounds too good to be true isn’t it? It most definitely is.

After doing away with removal batteries for its current lineup of high-end smartphones – we’re looking at your Galaxy S6 – Samsung has clearly been working to try and make the batteries that it uses in the future live longer. In its research, Samsung claims that it is capable of making batteries that last up to 80% longer than their current capacity – something that smartphones, tablets and even electric cars could potentially take advantage of in the coming years. Don’t expect to be seeing new devices with this technology in any time soon though, because there is still plenty of work to be done. 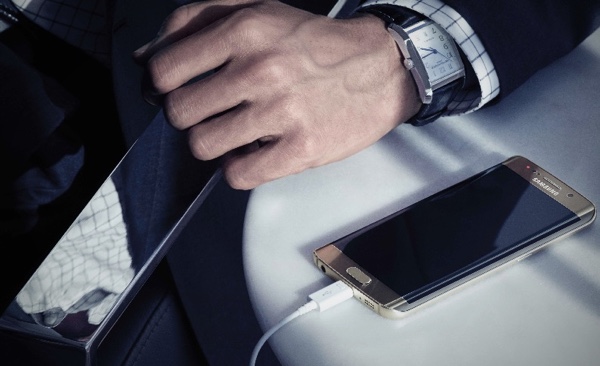 The technology itself actually comes from graphene which is grown on a silicon carbide substance. The whole thing is then combined with a traditional lithium battery with the result being huge gains in the time it takes the aforementioned battery to drain. Samsung is working to get the technology ready for prime time whether that be on the desktop in our notebooks or the road via an electric car. In both cases, it sounds appealing to us.

The potential to make batteries that last almost twice as long and then shoehorn them into cars is something that could make a huge difference to the range of such vehicles, while also giving your smartphone the power required to call someone when your car’s batteries do inevitably die.

Even though Samsung may be miles away from having this technology ready to grace our smartphones, but we can rest assured that the battery technology will definitely revolutionize plenty of things once it is ready. Smartphones will hopefully just be the tip of the iceberg.

With longer lasting batteries being worked on by Samsung, how about someone squeeze in the ability to charge them quicker too? Like, 70% in 2 minutes quicker.

Hang in tight, we’re slowly getting there.