You seemingly cannot have a major smartphone release these days without someone wanting to throw the latest big thing on the ground with the sole intention of breaking it.

As strange as that may seem, it’s all done in the name of pseudo science, with people trying to work out just how well a device will stand up to the usual rigors of a day in the life of an average user. That means that, unfortunately, these things are going to get dropped. With the Galaxy S9 being the new hotness, the folks over at EverythingApplePro decided to put it through its paces. 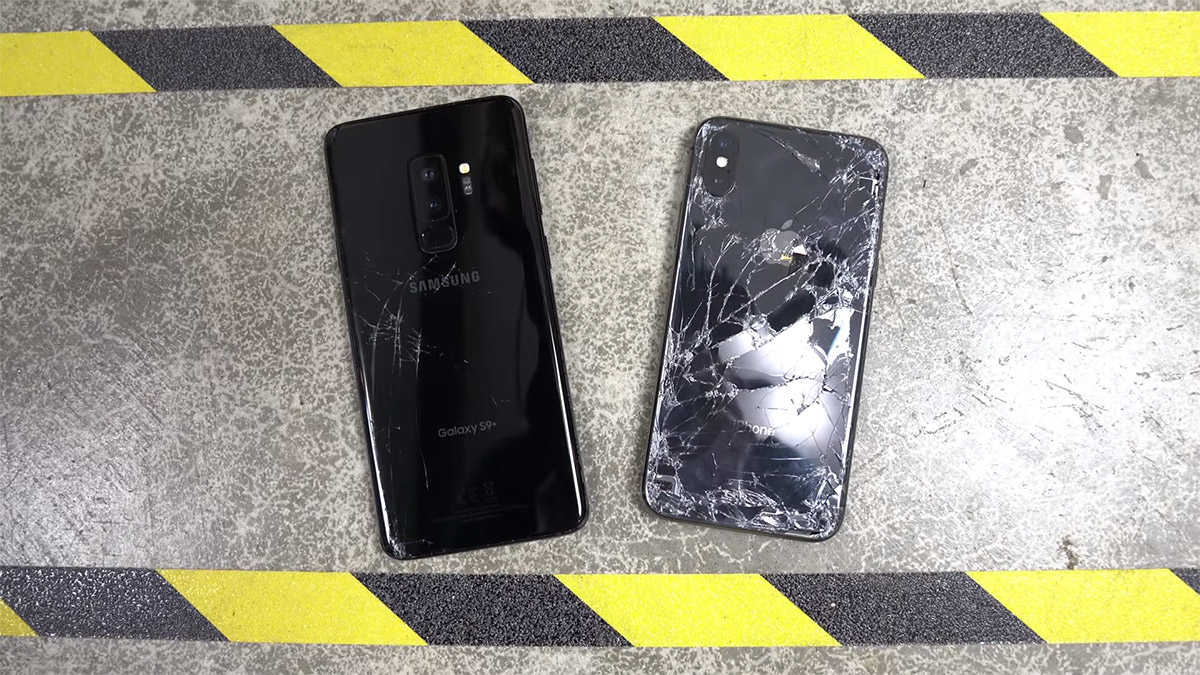 In order to give us some sort of benchmark to compare the Galaxy S9’s hardiness to, EverythingApplePro also carried out a similar drop test with an iPhone X, the device that Samsung’s phone is most closely pitted against in the current smartphone market. So how did things go?

Well, despite Samsung’s use of a more strong aluminum in this year’s Galaxy S model, it simply cannot compete with the rigidity afforded the iPhone X by its stainless steel chassis. This is shown with the way the Samsung phone almost immediately started to show signs of scuffing around its edges after being dropped from a height of around 3ft. By comparison, Apple’s phone stands up rather well, showing no visible signs of damage.

It’s a similar story when it comes to the glass used on the Samsung, too. It’s apparently thicker than before, but that didn’t stop it from starting to crack when dropped from head height.

However, with the iPhone X also made of glass to a large degree, it too started to suffer when dropped from a similar height. Anything higher than this, and as you might expect, both phones started to really struggle.

This, of course, doesn’t tell us anything all that surprising. Phones made of glass break when dropped, that we know, and no matter how high you drop a device like this from, you’d better be crossing your fingers just before it hits the deck.