The idea of having a projector built into a mobile phone has been around for a long time, although few have dared ventured into this arena. Remember the Pomegranate concept phone that made rounds of the internet sporting a projector unit? Or the rumored Mozilla device with the same capabilities? In reality, Samsung was one manufacturer back in 2012 that ventured with a smartphone carrying a projector with its Galaxy Beam Android smartphone, and while that showed that it can be done, it didn’t go much beyond that. Today, Samsung announced the successor to this unique device, in the form of Samsung Galaxy Beam 2 Android phone.

The device has been launched on China Mobile’s 3G network, and seems restricted to that very region, at least for now. Under the hood, the specs are pretty entry level for these days’ standards, with a 1.2GHz quad core processor, 1GB of onboard RAM and a 4.66-inch TFT display panel with an unimpressive resolution of 800×480 pixels. The device is powered by a meager 2,600mAh battery unit, which, considering the onboard projector, is of hardly any use. All of this is running Android 4.2 Jelly Bean. 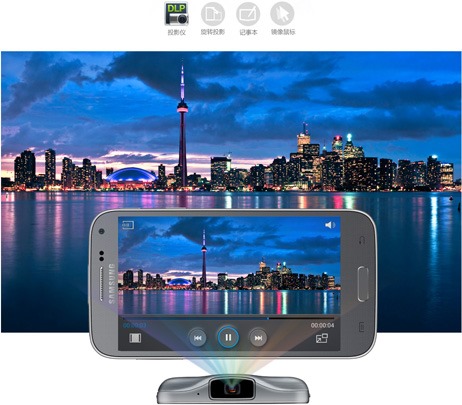 On further specs, the device uses a micro SIM module, with the regular Wi-Fi 802.11 b/g/n radio. Bluetooth 4.0 is there, but the USB interface caps out at 2.0. Band support is versatile, though, with 3G TD SCDMA, 3G UMTS and 2G GSM all fully supported. Assisted GPS is also included in the package with GLONASS support. Storage is expandable thanks to a microSD card slot, which supports up to 64GB. The camera unit is a very minimal 5MP – hardly average even for midrange phones these days. 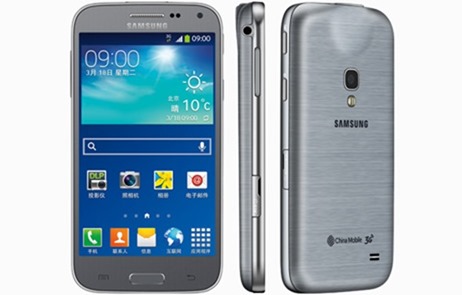 The Galaxy Beam 2 smartphone has left me really confused, truth be told, and for good reason. I have been unable to place it under any category. The pricing has not been announced yet, so I cannot determine whether it’s a mid or high-range phone. The spec sheet, on the other hand, puts it at mid-range. However, then it has a built-in projector which makes it definitively unique. At the same time, all of this powered by a 2,600mAh battery doesn’t make any sense, as the phone can hardly last an hour when projecting media on a flat surface. Hence, I am genuinely confused.

The device has been launched specifically for the Chinese market, and it doesn’t seem that it will see an international launch. Maybe there’s a subset in Asia that would like to get their hands on this phone, but I cannot really see massive sales happening here.