Samsung has finally explained the reason why its 2016 flagship Galaxy Note 7 kept on exploding. In a press conference held today, the South Korean company made the investigation public by blaming the bad battery design as the real cause of the problem.

The investigation concluded that two separate malfunctions in the battery resulted in Note 7 to overheat and catch fire. The first issue was in the initial batch of shipments in which Note 7 chassis wasn’t large enough for battery which resulted in it overheating, and catching fire. The second issue was in the replacement battery which Samsung got from a different supplier for replacements units, but since the company rushed the replacement units and didn’t properly go with tests, a defect in the battery from another supplier meant that replacement Note 7 also overheated, and caught fire as well.

For those who have been living under a rock, the now-infamous Galaxy Note 7 handset was launched right before Apple’s iPhone 7 and iPhone 7 Plus in late 2016 to rave reviews from both critics and early adopters. However few weeks into its launch, first reports of the handset catching fire started making rounds over the Internet.

The issue got so worse and widespread that Samsung was forced to recall the handset. After the first recall, the company then rushed the “fix” and started issuing replacement Note 7 again. Reports of replacement units catching fire soon starting making rounds as well, which proved to be the final nail in the coffin for Note 7 as the company decided to recall the handset for the second and last time before discontinuing it permanently.

In the press conference held on Sunday, Samsung also confirmed that to this date 96% of Note 7 units have been returned. 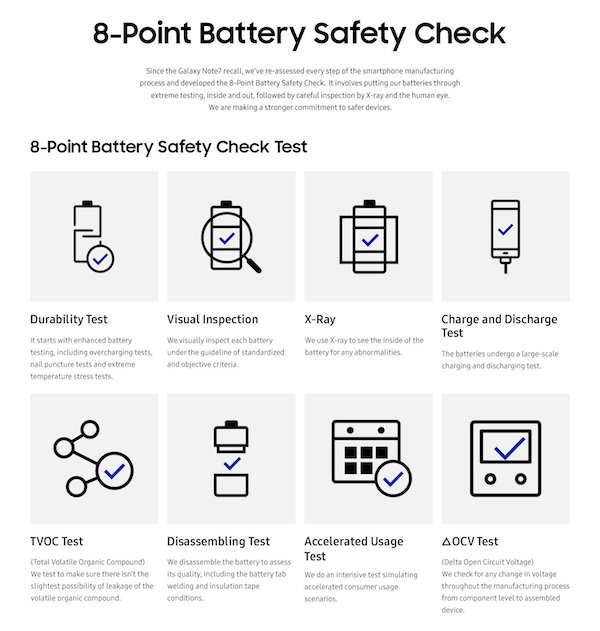 Samsung has also released a detailed graphical illustration to help explain what really went wrong with its Note 7 handset. You can see this illustration below.