Samsung has made an official announcement regarding the investigative findings on the exploding Galaxy Note 7. The South Korean company, after going through an internal process of attempting to find out why the device was so defective, has announced that it will reveal the findings of that investigation this coming Sunday evening at a press conference in Seoul, South Korea.

Samsung has organized a dedicated press conference to reveal those findings. The event is scheduled to take place in Seoul, South Korea, on Monday, January 23rd at 10AM local time. With the time differences in place it means that English speakers will be able to catch a live stream of the event on January 22nd, at 8PM ET by tuning into samsung.com. 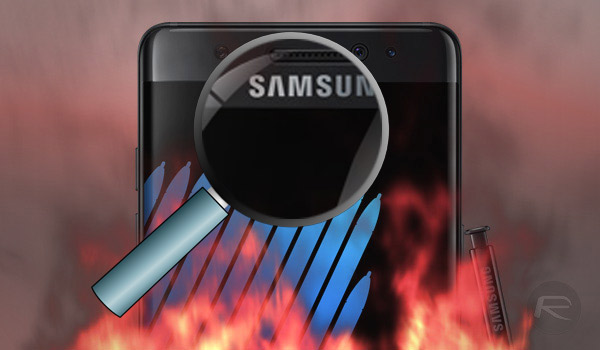 Samsung hasn’t published an official agenda, or discussion points, for the arranged media event, but we can only presume that the main focus will be the Galaxy Note 7 hardware and the underlying cause of the overheating, and in some cases, explosions.

Samsung Electronics, as well as independent expert organizations who conducted their own investigation into various aspects of the Galaxy Note 7 incidents, will share their findings. Samsung will discuss the findings of the investigations and unveil new measures Samsung has implemented in response to the incidents.

It’s not exactly an official agenda for the meeting, but it gives a decent insight into what will actually take place with Samsung looking to show that it has taken the issues with the Note 7 extremely seriously, and has even commissioned the help of outside agencies and companies to truly get to the bottom of what caused the widespread problem with the Note 7 devices. Perhaps more importantly, Samsung will also talk about new preventative measures put in place to ensure that this doesn’t happen again with future devices, which should hopefully be enough to restore a shred of consumer faith in the company and its hardware.

Previous speculation had suggested that Samsung itself wasn’t fully knowledgeable on the cause of the problem, even when the recall of the device was underway on a global scale, and that too twice. We can only imagine that a full press conference dedicated to the issue would mean that a full investigation has taken place with the root cause of the issue being finally identified.