Here’s how you can live stream Donald Trump’s Presidential inauguration live online on the internet for free on any of your devices.

Car crash TV – we all like to think that we’re above it, but we really rarely are. That’s why when Donald Trump is sworn in as the 45th President of the United States this Friday, the chances are there will be millions upon millions watching it on their televisions. It’s one of those things that you know you shouldn’t be looking at, but you just can’t look away. I know exactly how you feel. 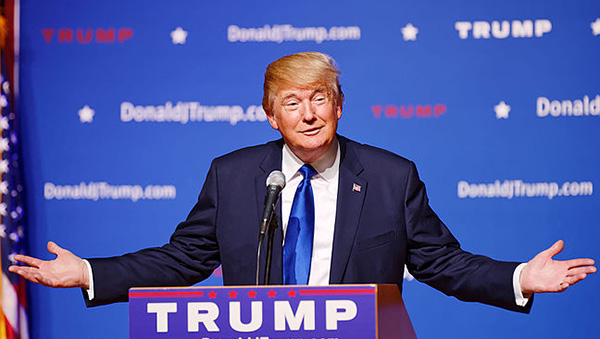 This is all well and good if you’re near a TV, of course, but if you’re not, then there is always a way to check out the whole thing via the magic of the internet, no matter what computing device you happen to have with you at the time, and best of all – for free.

For those who have managed to avoid the whole thing to this point but suddenly feel the need to see everything come to a head, the swearing in ceremony, perhaps marking the end of days, will begin on January 20th at 11:30am Eastern time or 7:30am Pacific time. You’ll be able to watch it on just about any channel on any television in any country on the planet, but if you need to stream it live, then NBC, ABC, CBS and FOX will be streaming the whole thing via their websites.

Even the White House itself will be streaming the whole thing right from its own website and many outlets – including NBC, CBS, FOX, USA Today, Univision, Bloomberg Politics, Washington Post and C-SPAN – have teamed up with YouTube in order to get the event in front of as many pairs of eyeballs as possible.

You can also catch the event via a PBS live stream on Twitter.

In short, if you want to watch Donald Trump become President, there is no shortage of places to do that online.