Is This Our First Clear Look At Samsung Galaxy S8?

We won’t actually know what Samsung has in store for the Android-loving world with its proposed Galaxy S8 until the South Korean company explicitly lifts the covers off the device. Sure, there’ll be guesses and renders making it into the public domain before then based on leaks and insider speculation, but the official glimpse will be provided in the first instance by Samsung.

With that said, if we were to listen to Olixar, and believed everything that the company produces, then we could have a fairly good idea of what to expect from Samsung thanks to MobileFun.

Case makers generally have a vested interest in predicting what future devices are going to look like as part of an effort to be the first to product cutting-edge cases for those devices. To do that, a lot of the more forward-thinking companies use rumors, speculation from analysts, leaked blueprints and schematics, and even general assumptions, to build cases and promote the brand ahead of a device launch.

Along with guess work and assumptions, some manufacturers do actually have some insider knowledge mixed with an understanding of actual dimensions and specifications of the device, which means in this instance we could actually be looking at something that’s fairly representative of what’s going to be released with the S8.

The design, as can be seen below, looks beautiful. It’s a fantastic example of product design and would instantly command a legion of fans based on visuals alone. What we also see from the design is a very small, almost invisible bottom bezel, which has been made possible thanks to the total removal of the Home button. 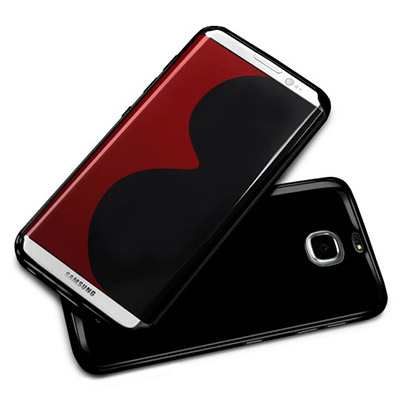 Is Samsung taking a little pre-inspiration from Apple’s iPhone 8, or the recently released Xiaomi Mi Mix?

Given that this render is presumably of a Galaxy S8 Edge, there’s also the stunning curved edge display that we’ve become accustomed to. 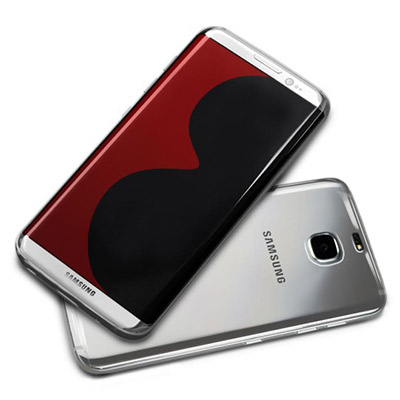 If these renders aren’t entirely made up, then the designers and creators can give themselves a pat on the back. They’ve even gone as far as to introduce a very plausible wallpaper on the device which shows the tracing of the number 8, similar to the images of the Galaxy S7. Let’s hope that we get a Samsung device that’s very similar to this work of art.