I think Chinese technology maker Xiaomi may just have won at, well, smartphone-ing. It’s done. The game is up. It’s over.

I have to apologize at this point because, after just laying eyes on Xiaomi’s recently-announced Mi Mix smartphone, I am a little awestruck, and for multiple reasons. Firstly, the device packs a huge 6.4-inch display, which you would be forgiven for expecting to make this one humongous phone. But it’s not, mainly thanks to its almost bezel-free design. When I say that, it’s hard to actually visualize what I mean, so just check out the photos of this thing and let them work their way into your brain. This thing very, very nearly doesn’t have any bezels to speak of, and that’s momentous. 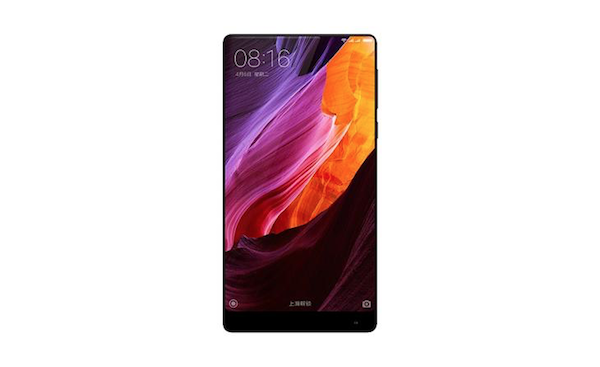 In order to do away with bezels, Xiaomi has removed the proximity sensor and earpiece, replacing them with technology that is using something called piezoelectric ceramic acoustic technology. Sounds impressive, right? That’s because it is. All you need to know though is that it means you get phones like this, and that’s good.

Gone is the front-facing camera, too. Well, not gone completely, but it’s been custom designed to be smaller than normal units and has been rehoused to the bottom corner of the device to allow for those disappearing bezels.

There’s the normal camera around the back – it’s a 16-megapixel shooter, by the way – and the internals read like a wishlist more than a specifications sheet; the phone packs a Snapdragon 821, up to 6GB of RAM and 256GB storage. Oh, and a 4400mAh battery. It’s almost like Xiaomi read the rumors about Apple might do with the iPhone 8 and thought it best to beat it to the punch. Did I mention the ceramic back this thing has? No? Oh, well, it has one, like the Apple Watch Series 2 Edition and the iPhone 8 is oft-rumored to.

The Mi Mix isn’t just a pie-in-the-sky idea either. For some reason, Xiaomi calls it a concept device, but it goes on sale in China in November 2016, which is just next month. It’s real, and it will cost upwards of $516 depending on the model desired. 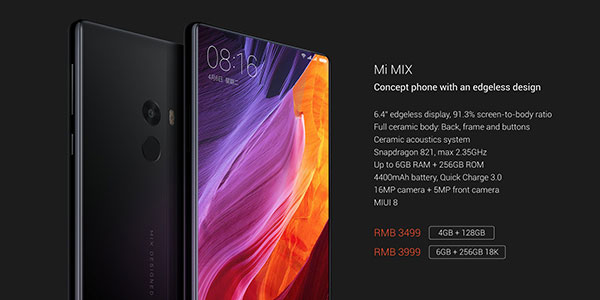 It isn’t Xiaomi’s cheapest phone ever, but it’s not iPhone 7 Plus pricing, either. I am a little bit in love with this thing, and unless it turns out to run like a dog or spread rabies, I don’t see that changing any time soon.

I might even forgive the rabies thing, come to think of it.