Xiaomi has announced Mi Note 2. Here is the complete breakdown of the phone’s specs, release date, and price info.

Once you look at the Mi Note 2, it immediately screams a premium design, but one more element that instantly stands out is how similar it looks to Samsung’s ill-fated Galaxy Note 7 in not just the overall design, but the edge-display as well. One thing that it likely doesn’t copy from its Samsung’s counterpart though is the ‘exploding’ feature which has ultimately resulted in discontinuation of the said Samsung device only two months after launch. 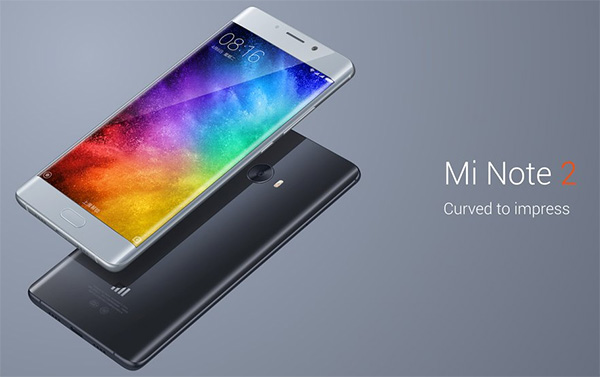 Jokes aside, Mi Note 2 has sheets of glass with a metal rim running around them as the glass on the back also curves around the edges to meet the metal rim. This choice of design cannot be debated, and as has been learnt from the Galaxy S7 Edge or Galaxy Note 7 aesthetics, it fits nicely in the hand.

That said, there aren’t many phones out there that can claim to have totally original design anyways, and Xiaomi has never shied away from that trend, with focus largely being on hitting that right note between premium specs and cost in order to attract more and more customers towards the brand. This strategy seems to have worked well for the Chinese company so far, and now with Mi Note 2 raising all eyebrows, we take a look at what makes the phone tick, and what it has in store for consumers looking to buy one.

Mi Note 2 features a massive 5.7-inch QHD AMOLED display, and the device itself is being powered by the Qualcomm Snapdragon 821. It is available in 32GB, 64GB, and 128GB UFS 2.0 storage variants, with 6GB of RAM being exclusive to 64GB and 128GB models, while the 32GB model packs 4GB of RAM. 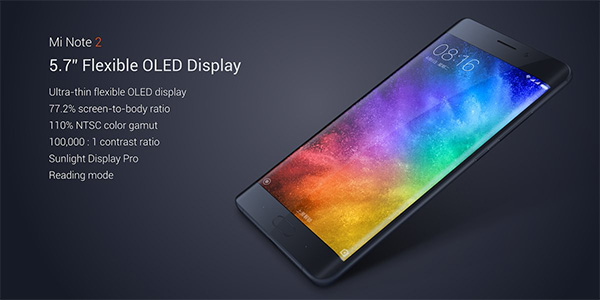 As for the camera, there’s a 22.56MP rear-facing module which can shoot videos at up to 4K resolution with Electronic Image Stabilization. The front-facing camera will not disappoint either with an impressive 8MP module taking care of all those selfies. As for connectivity, there is support for NFC to allow for contactless payments where supported, and USB-C port with Quick Charge 3.0 for ultra-fast battery charging. The battery comes in at a massive 4,070mAh capacity. 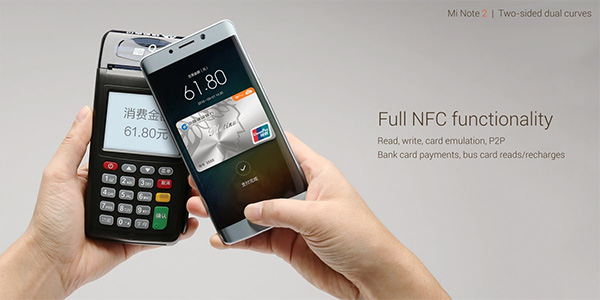 The Mi Note 2 comes running Android Marshmallow out-of-the-box, which is a bit disappointing to be honest when you consider that Android 7.0 Nougat has already been out for a couple of months now. A quick software update however will certainly add to the phone’s appeal. If not, the Piano Black or Glacier Silver color options should keep you interested. 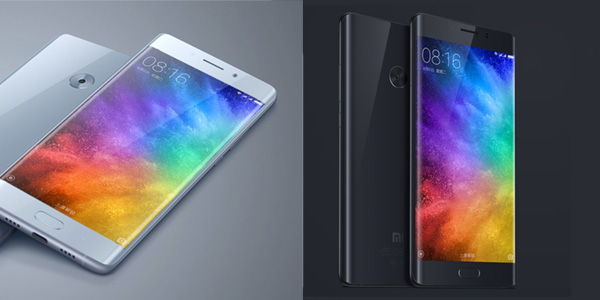 Here’s the deal breaker, the phone will be made available in its home market, China, to start with, but given the fact that the 128GB model of Mi Note 2 packs support for 37 global LTE bands, it will be up for International use easily once it lands in other markets outside China.

Pricing details of Mi Note 2 are as follows: