The iPhone 7 is only weeks old, but expectations for what the iPhone 8 will bring to the table are already on their way north, and that trend shows no sign of reversing as we roll forward towards 2017.

One of the biggest expectations that has been on many wishlists for some years now is a truly bezel-less display. Samsung has already perfected curved screen edges with its own handsets, but many expect, or at least hope, that the iPhone 8 will take things a step further. 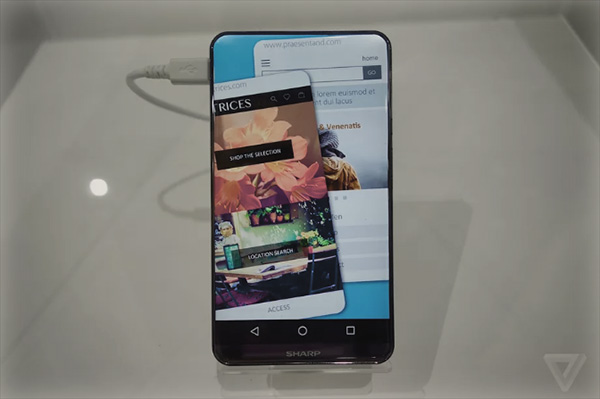 If those people turn out to be right, the iPhone 8 could be almost entirely made up of screen, and if that sounds impossible, you may want to check out the latest prototype to come out of Sharp, the same display manufacturer rumored to be in talks with Apple over the supply of OLED panels for a future iPhone.

Dubbed Corner R, Sharp’s new screen uses Free-Form Display technology, which it says enables IGZO LCD panels to be made into various shapes. Those shapes make panels that bend around edges, including corners, a possibility.

As the photos show, Sharp’s prototype is beyond anything we’ve seen before, and while we’re dubious about its usability, given accidental screen touches would be rife with such a design, the thought of a phone with no bezel whatsoever has us looking forward to the future even more than usual.

Sharp’s concept may never see the light of day, of course, but if Apple is looking at squeezing big screens into smaller packages, a curved one such as the one Sharp is now showing off with the Corner R would potentially be just perfect for a future iPhone.

Here’s to hoping both Apple and Sharp can get their acts together and make this thing into a real smartphone. We’re happy to never actually use the thing too. We just want to look! 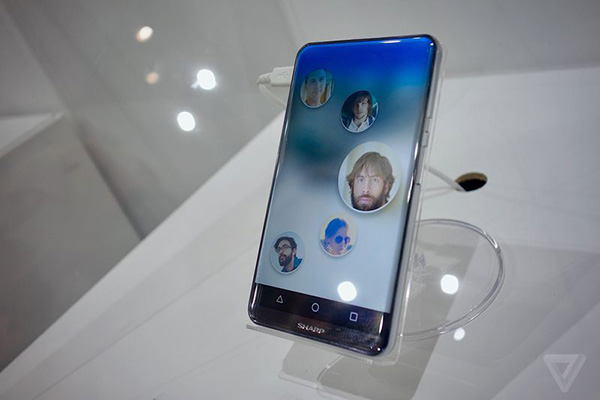