One of the great things about huge conferences and trade shows like Mobile World Congress (MWC), and the Consumer Electronics Show (CES), is that the events often contain a significantly mixed bag, meaning that delegates and attendees can rarely predict with any great accuracy exactly what products and hardware will actually be shown off during the event.

However, we can often make some educated assumptions, such as assuming that this year’s Galaxy S8 smartphone would be on show at next month’s MWC in Barcelona, based on previous models having been displayed at the event. Samsung’s head of mobile, Koh Dong-jin, has however refuted that expectation by going on record to state that times are changing, and that the Galaxy S8 will not be part of the MWC experience.

As you might expect, Samsung’s executive wasn’t exactly forthcoming with additional information about the company’s next flagship, or for that matter why the decision was made to not feature the hardware during next month’s Mobile World Congress. However, we are all aware of the multiple manufacturing issues which befell the ill-fated Galaxy Note 7 hardware, which ultimately led to the device’s worldwide recall, and it would be entirely understandable if Samsung was spending a little additional time on the product to get it right, rather than to get it out.

As part of the Galaxy Note 7 investigation, the company has now detailed an “8-Point Battery Safety Check” process for any batteries that will be integrated in future Samsung products. All future Samsung smartphones will also be designed with the hindsight that learning lessons the hard way brings. Devices like the Galaxy S8 will feature a design philosophy which introduces additional space around the integrated battery, as well as a purpose built protective bracket.

When you take those design changes into consideration, as well as the fact that the company has publicly faced critics, worked closely with third-party investigative companies to highlight and identify the Galaxy Note 7 issues, and also produced an eight-step guide, you really get a belief that the South Korean company has taken this very seriously. 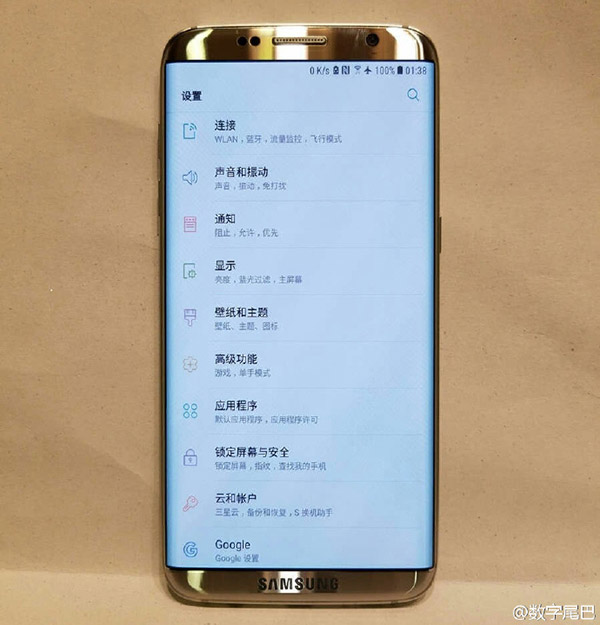 Even with all of that in mind, it’s still a disappointment to learn that we won’t see the S8 in an official capacity next month. This upcoming flagship is one of Samsung’s most anticipated piece of hardware, rumored to ship with a bezel-free design, the removal of the headphone jack, and a dedicated hardware button for Samsung’s AI Assistant. We may have to wait until April to see it though.