As time has progressed, the amount of time we spend selecting and creating a custom ringtone has been severely reduced, thanks largely to the multitude of other distractions provided through the Windows Phone / iTunes / Google Play Stores. Before the world of modern smartphones, it was the Nokia-dominated world of cellphones, and despite its impressive Lumia range now a million miles from the era of the old faithful 3310, the Finnish company’s love for the ringtone is as prevalent as ever. If you’re in ownership of one of the new Lumia devices, you can now produce your very own melodies thanks to the just-released Ringtone Maker app tailored specifically for your handset.

Nokia has had some hits and some misses over the years, but along with always keeping its camera game as sharp as anybody’s, the company has always excelled in its ability to deliver the goods audibly. Various successful music-bent devices precede the latest batch of Lumias, and although there are trillions of ringtones available for download on t’interweb, Ringtone Maker offers the ability to create something particularly special and unique. 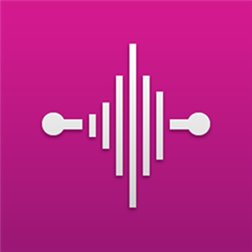 While many ringtones on offer charge the same amount as the song costs (I’m looking at you, iTunes), this method lets you select a specific segment of a song you like, absolutely free of charge, and use it as your jingle. Once you’ve opened up the app, all you need to do is select the desired MP3 file, and you’re ready to rock and roll, although unfortunately, it doesn’t appear as though it works with Xbox Music files – whether you’ve downloaded them or purchased them. 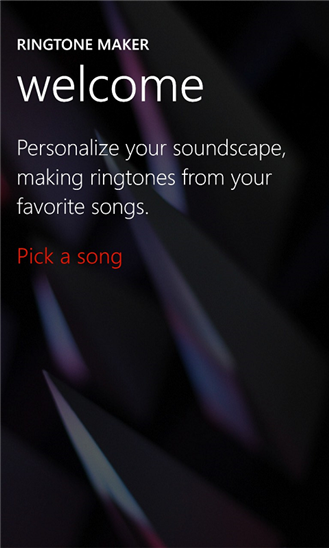 It’s only available for Nokia devices running on Windows Phone 8, and if your device fits the bill, check out the Ringtone Maker app right now in your Nokia Collection, or the download link provided at the foot of this post. 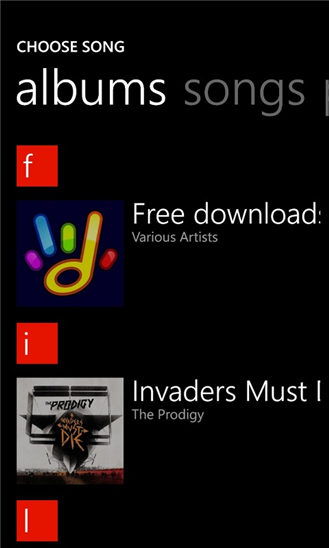 At present, there’s still a distinct lack of apps at the Windows Phone Store, but with many more of your basic apps now supporting this exciting platform, things are most certainly looking up for the Metro-fied ecosystem. 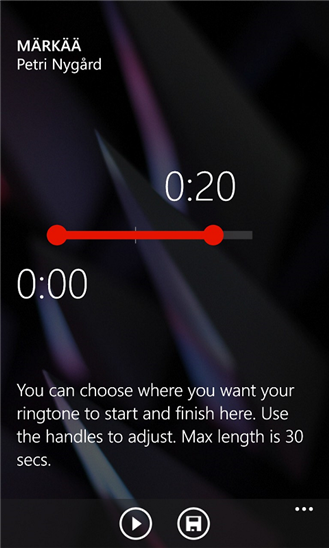 We’ll let you know of any more interesting Windows Phone Store releases, and in the meantime, create your perfect ringtone by checking the link below.