How To Run Netflix On Ubuntu Linux [Tutorial]

Those who prefer to sit behind a Windows or OS X powered computer sometimes forget that there is a whole community of users across the world who prefer to step away from the mainstream operating systems and instead choose to use a version of Linux, with one of the most popular one being Ubuntu. Ubuntu offers a fantastic user experience to those who choose to use it, but unfortunately, it doesn’t always offer compatibility with applications and programs, with the extremely popular Netflix app being a prime example of this problem.

As we have so often seen in the past, if an app is not supported by a particular OS, a brave team of developers will always take the plunge to make a port of that very app, in this case, for Ubuntu. Erich Hoover and David Andrews have taken on that task to extend the reach of Netflix to Ubuntu, and through the clever use of a Windows build of Firefox, Microsoft Silverlight and some other small bits and pieces, they have managed to get a functioning Netflix desktop application up and running. For those who aren’t aware, Microsoft Silverlight isn’t supported for web streaming on Linux, and is only available to Windows and Mac users. 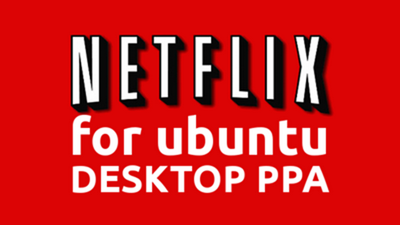 It remains to be seen whether or not Netflix will actually offer any official support for the Ubuntu platform, but considering they have gone to the lengths of offering Windows, OS X, iOS and Android apps, it seems as though that the chances are slim for an official Ubuntu release. It is rather staggering, considering the size of the Ubuntu user base, but Hoover’s and Andrews’ WINE based variant might just fill that void for loyal Ubuntu users who want to access their Netflix accounts. Check out the relatively simple steps below to get up and running with the unofficial Ubuntu Netflix app.

Step 1: To get up and running with the unofficial Netflix Ubuntu application, you will first of all need to install the relevant repository, or PPA as it is known in the Ubuntu world. Open up an instance of the Terminal and enter the following command:

Step 2: When the above command has been ran, immediately enter the following command into the same Terminal window:

NOTE: The above two commands are effectively adding a new Personal Package Archive (PPA) to the system and then installing the Netflix app with administrator privileges. The system will prompt for the admin password to be entered.

Step 3: The Netflix application can be located and launched by searching for Netflix in the Unity dash.

Step 4: When the Netflix application is opened and ran for the first time, it will download a number of files that are required to run. This will only happen for the initial run.

Step 5: When a video is ran for the first time through the Netflix application, Microsoft Silverlight will request the user to Enable DRM mode. Make sure to say yes to this.

Step 6: Voila. Netflix should be up and running on Ubuntu. 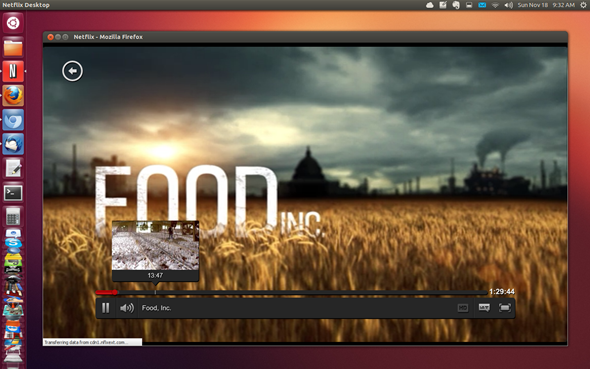 It may not be an official implementation of Ubuntu and does actually rely on WINE being installed on the system, but it should be more than sufficient to access and playback content from a Netflix account. With that said, certain small issues and compatibility problems could be experienced, so keep an open mind and head on over to the official support page for troubleshooting.