Results Are In: 2018 MacBook Pro Keyboard Tested Against Dust Ingress

When Apple announced its refreshed MacBook Pro lineup last week, there was much concern that the unpopular keyboard of its predecessors remained and while Apple did say that this was a third-generation butterfly keyboard, that did little to calm fears.

However, after the folks over at iFixit got their hands on a new 13-inch MacBook Pro and upon ripping it open spotted that the keys had a new silicone membrane on them, people began to be cautiously optimistic. Apple has since confirmed that the membrane is there to help prevent the ingress of debris, and now iFixit has taken a deeper look at what that means. 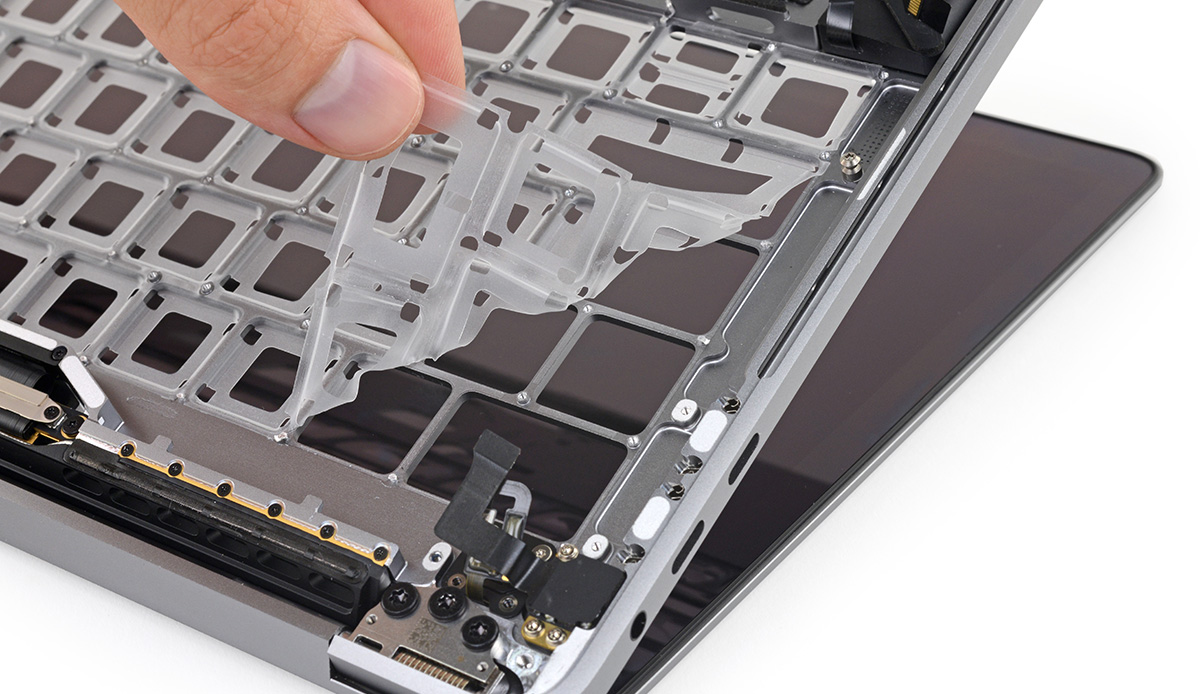 iFixit took a new MacBook Pro and exposed it to a special powdered paint additive that glows, giving it a way to track where the dust went in order to try and ascertain whether Apple’s new membrane actually did what it claimed, and we all hoped, it would do. On the 2018 MacBook Pro that was tested, it was found that the dust settled around the new membrane, meaning the keys themselves were safe. However, when the same test was carried out on a 2017 MacBook Pro, things were not quite so promising.

Lo and behold, the dust is safely sequestered at the edges of the membrane, leaving the mechanism fairly sheltered. The holes in the membrane allow the keycap clips to pass through, but are covered by the cap itself, blocking dust ingress. The previous-gen butterfly keys are far less protected, and are almost immediately flooded with our glowing granules.

However, the new silicone membrane is not perfect. Following further testing including some aggressive typing, it was confirmed that some dust did find its way into the keys themselves, although it is clear that the new setup is considerably more robust than that which was in place before.

After all its testing, iFixit also tore the keyboard down, gibing us a better look at what Apple has done with its new machine. Be sure to check out iFixit’s full report to get the lowdown.