Apple has today updated the high end of its MacBook Pro lineup by giving the 13 and 15-inch MacBook Pro with Touch Bar a 2018 refresh.

The lower end MacBook Pro with no Touch Bar remains exactly as it was prior to today’s update, and more worryingly the 2015 MacBook Pro that many latched on to recently is now no longer available for sale.

That’s the bad news out of the way, but what about the new hardware? Effectively a speed bump, the new MacBook Pros gain improved CPUs, high memory and storage caps, as well as a True Tone display and T2 chip which brings “Hey Siri” functionality.

The infamous butterfly keyboard is now up to version 3 which apparently means it’s now quieter than it was before, although the jury is obviously still out on whether it improves on any of the poor longevity that many users have experienced with the current round of MacBook Pro devices.

The main talking points of the new hardware can be seen below. 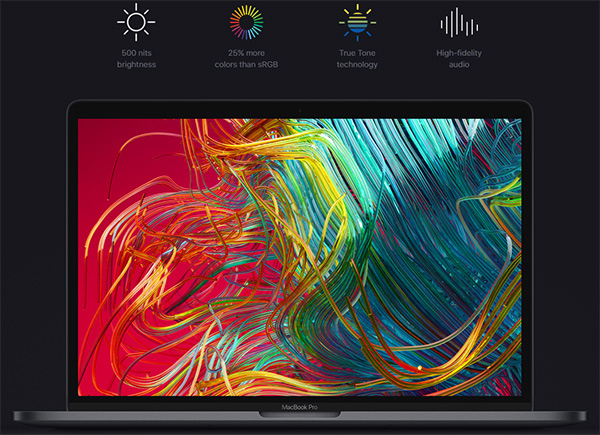 The starting prices of $2,399 and $1,799, respectively remain the same with hardware available to order via Apple’s website now and stock expected to arrive in stores worldwide before the end of the week.

For us the biggest question has to be whether the keyboard stands up to actually being used better than previous MacBook Pro keyboards and while Apple says that it is quieter, we can’t help but think that this is perhaps the one thing people were not complaining about!

You can order the new 2018 MacBook Pros today from apple.com as well as Apple Stores.