Survey: 70% Of US Singles Would Prefer To Date An iPhone User Over An Android User

A new survey administered and published by Decluttr is suggesting that owning an iPhone could be beneficial to your love life. 70% of respondents in the survey suggested that they would rather date someone with an iPhone over an individual who allowed an Android device to handle their smartphone needs.

The psychology of dating is clearly an extremely interesting landscape. Most people would likely presume that attraction comes down to the physical and then determining if the two people have anything in common or share any common interests or pursuits. 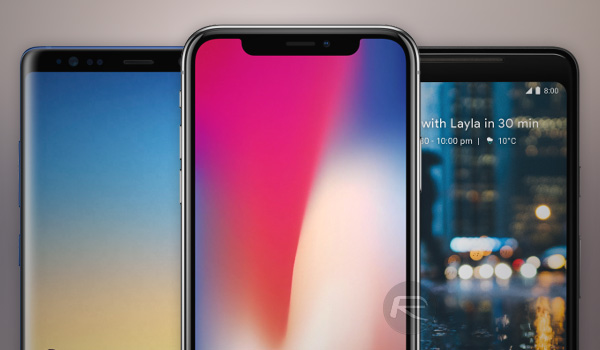 And while that is likely all still true in the modern world of dating, it seems that people actually take smartphones into consideration and form opinions of the opposite sex based on the device that they have as well as the physical condition of that device.

The survey suggests that seven out of ten single people would much prefer to date someone who has an iPhone over an Android device. Reasons such as iPhone being more “sophisticated” were given in the explanation of such a claim but it’s not difficult to dig a little deeper and come to the conclusion that people see iPhone as a more expensive device and therefore would naturally assume that someone with an iPhone could be in a better financial position.

Of course, there is also the “green bubble in text messaging conversations” issue to consider. There is always a slight sinking feeling when you message someone for the first time and the bubble doesn’t go blue to represent iMessage.

The Decluttr survey has also revealed that approximately 33% of men think that a cracked or smashed screen on a female’s iPhone could be a sign of financial insecurity. Conversely, it also seems that women are more likely to be turned off if a male has an older device and isn’t keeping up with the current flagship hardware.

Also, if you are planning on dating an iPhone owner, be aware that they are more likely to take bathroom breaks during the date to check their phone and will likely end the relationship by text message if things ever get to that point. You have been warned!

Check out the complete infographic below: