Amazon has continued its run to becoming the place to go to for just about everything by updating its iOS app to include a new “part finder” feature, an augmented reality (AR) addition that will help users find and then buy small hardware like screws, bolts, nuts and more.

The feature comes after Amazon bought visual recognition firm PartPic back in 2016. 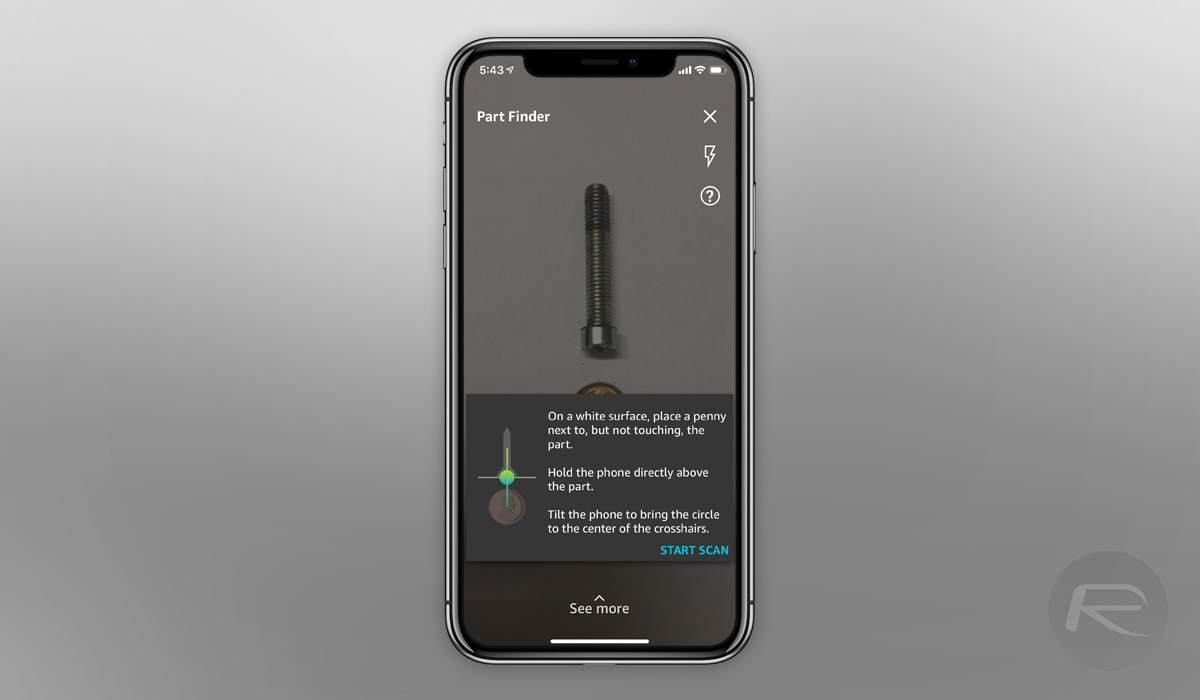 Only available in its iOS app currently, “part finder” has been silently rolling out to some users over the past few weeks and is now starting to become available to all users who have the Amazon app installed on their devices.

Using the app’s new feature is super easy and is simply a case of opening Amazon’s iOS app before tapping on the camera icon in the top-right corner. This will launch the camera interface that would normally be used for scanning barcodes and such, but by tapping the See More button, users will see a new part finder entry. Tapping this and following the on-screen instructions will take care of the rest.

By giving users the ability to point their camera at a part and then not only have Amazon identify it but also offer it up for sale is the kind of thing that we may have thought of as science fiction just a couple of years ago, but as technology has moved on, this is also a prime example of something that could make a difference to day-to-day life for many people.

If you have ever found yourself in a position of needing a replacement screw for example, but not knowing exactly what it is, then this will be a lifesaver for you. 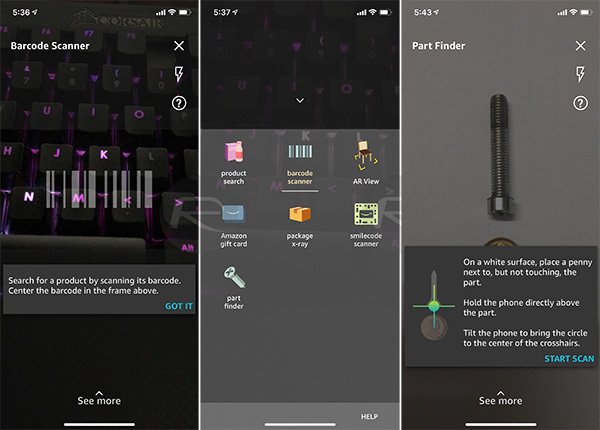