As most of you will know, the iPhone makes a pretty good video recorder and with quick access to the Camera app right from the Lock screen, recording video has never been easier. The problem is, it can consume so much battery, especially with the screen lit up and displaying whatever is currently being recorded. Sometimes, you just don’t need to see that, but with iOS point blank refusing to record video with the screen off, there isn’t much you can do about it.

Except there is, assuming you’re using one of the latest versions of iOS 9.x. This may work on other versions of iOS, but we’ve not tested it so your mileage may vary. 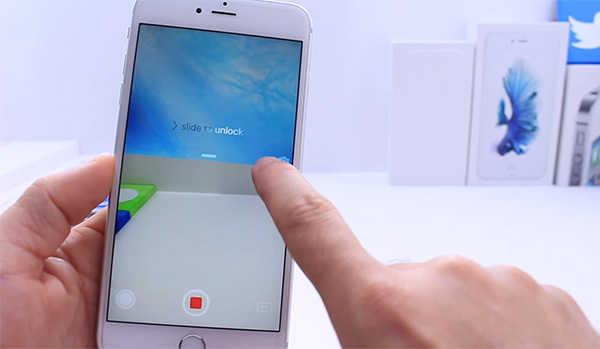 We are, of course, talking about a bug here, because Apple still doesn’t want people recording anything with the screen off, possibly due to privacy concerns, amongst other things, but that doesn’t mean that there can’t be legitimate reasons to want to record video without having the screen all lit up. If you find yourself in that position, here’s what you need to do.

Step 1: From the Lock screen, slide up on the Camera icon about half way. Don’t let go.

Step 2: Switch to Video mode, and then tap the big red record button.

Step 3: Now, double-press the Home button not once, not twice but three times. That’s six presses for those keeping track.

Step 4: Leave the screen to go to sleep of its own accord. The iPhone will turn its screen off and will continue recording in the background. Magic.

Step 5: When you’re done, simply wake your device and unlock it. Hey, presto! You have a new video.

And there you have it – now you can record video without having your iPhone’s screen turned on. What a time to be alive!