Facebook has begun to roll out a change to how it lets users post status updates to their Timeline and News Feed. The change, which now makes it possible to post updates to a user’s News Feed without it ever appearing in their Timeline, is currently only available to those accessing Facebook via the website, though it is expected to become a feature accessible via the mobile apps in time.

Before today, anyone posting a status update to their News Feed would also have that update posted to their Timeline, and while it was possible to go in and delete those updates manually, this new feature is one that will allow people to send out quick messages, questions or updates without them ever touching their Timeline. 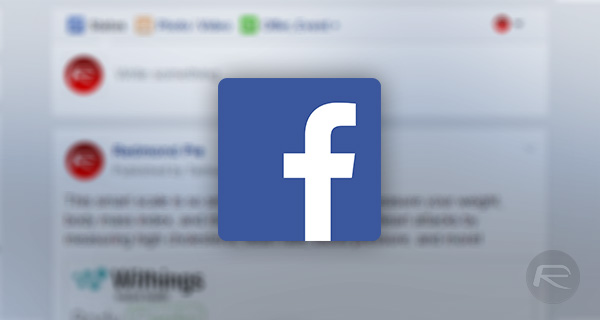 This makes it less likely that a user’s Timeline will be filled with updates that don’t need to be around for any length of time, and may have been inspired by the current love being shown for more ephemeral messaging services such as Snapchat.

Accessing the new feature is nice and simple. When a user begins to compose a status update via the normal method of typing into the box at the top of the News Feed, they will notice a new checkbox labeled Hide From Your Timeline. Clicking that box will mean that their status update will be posted to their News Feed, bypassing their Timeline completely.

This alone will be a great addition for anyone who meant to go back and delete a message from their Timeline but forgot. We wonder if that’s something that happened to a Facebook engineer someday, prompting this feature. Who knows? 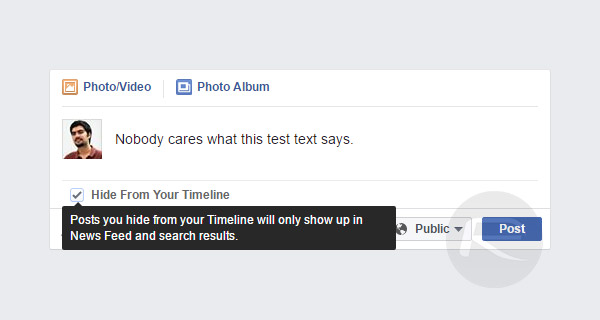 Facebook hasn’t announced the feature as such so we don’t have an ETA for when it will make the jump to mobile but we can’t imagine it being too long. Hopefully.